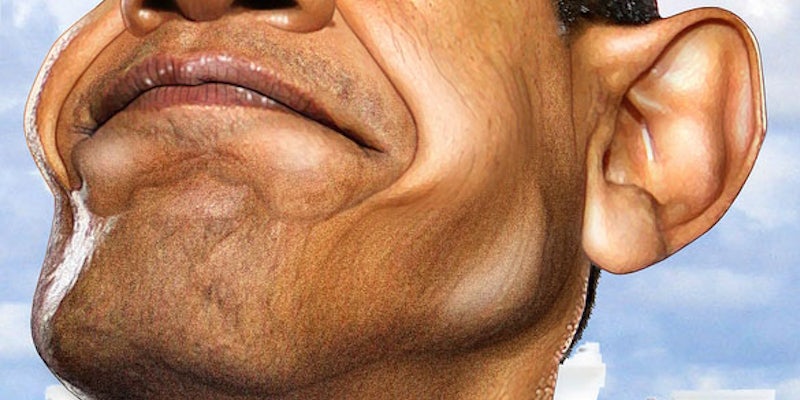 Some reddit sleuths think they've found at least one question (of the 10 that Obama answered) that was prepared ahead of time.

If you thought some of the questions President Barack Obama answered during his historic Reddit AMA were a bit easy, you’re not the only one.

On Reddit a conspiracy has been brewing surrounding one of the longer softball questions asked by user hmlee.

The question, which asked Obama to explain why young people should vote for him this fall, has come under extreme scrutiny after some Reddit sleuths discovered that the account was created about five minutes after the AMA began and would have had to write at about 1,570 words per minute to crank out the question.

“So, is it possible that she heard about it on her own, created an account, and typed up an eloquent question that is a PR man’s wet dream all within less than six minutes?” londubhawc wrote. “Yes, it’s possible. It’s just not particularly likely.”

And the speculation doesn’t end there.

Some redditors discovered that the username “hmlee” has been used on other sites by an intern (or former intern) at the Department of Justice who has blogged about her support of Obama. Her alleged position as an intern would give her access to “over 100,000 people [who] have a direct line to the Obama office,” posited youdidntfuckingread.

The AMA conspiracy was the topic of a top post on Reddit’s r/libertarian subreddit, where users weren’t at all surprised by the news of Obama gaming Reddit for political gain. Redditor j1mb0 pointed out that with so many posts to weed through, it “would be extremely risky” for Obama to answer questions willy-nilly because of a user’s ability to edit a post after it’s made.

“I don’t know what people were expecting,” j1mb0 added.

In total, Obama answered only 10 questions among the 24,000 comments submitted on Wednesday. Hmlee’s was one of them.