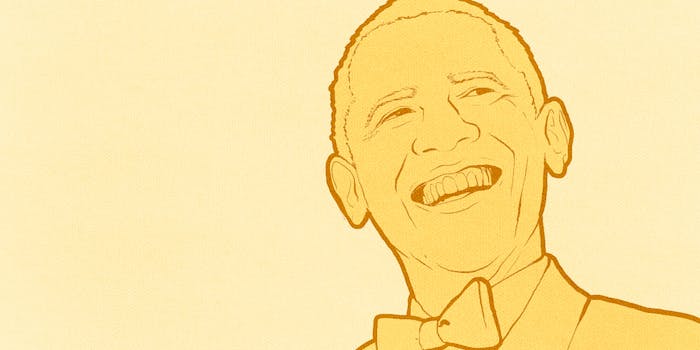 'What an inspirational story.'

When Humans of New York photographer Brandon Stanton went to Iran this year, the goal to create a connection between that country and the rest of the world through his pictures.

Mission accomplished: President Barack Obama left a comment on a recent photograph taken by Stanton of a boy and his father speaking about the moment he was “raising a humanitarian.”

Obama’s comment follows the U.S. and Iran opening relations with one another to an extent not seen in years. The recently negotiated Iran nuclear deal, which is now expected to pass Congress, comes eight years after Obama pledged to improve diplomatic relations with a country that President George W. Bush deemed part of the “axis of evil.”

Obama’s comment has over 53,000 likes as of publication, and the number is rising quickly.