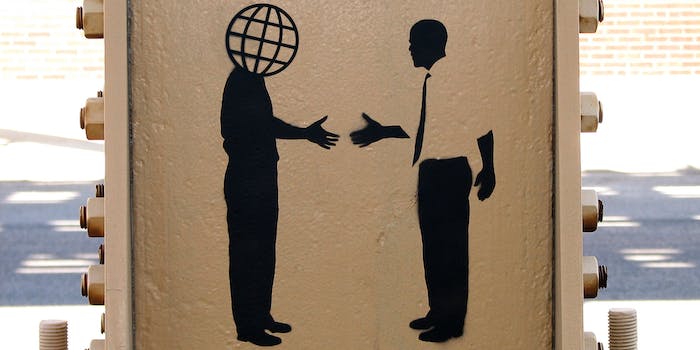 'I have come here to bury the last restatements of the Cold War in the Americas.'

Speaking in Havana in the wake of the devastating terrorist attacks in Brussels, President Barack Obama briefly acknowledged the tragedy in Belgium but largely remained focused primary reason for his trip—an opening up of the relationship between the United States and Cuba.

Obama began his speech at the Grand Theater of Havana with a nod to the attacks at Brussels’s Zavantem airport and Malbreek metro station that have left at least 31 dead and over 200 injured. “The thoughts and the prayers of the American people are with the people of Belgium, and we stand in solidarity with them in condemning these outrageous attacks against innocent people,” he said.

“We will do whatever is necessary to support our friend and ally Belgium in bringing to justice those who are responsible, and this is yet another reminder that the world must be together, regardless of nationality or race or faith in fighting against the scourge of terrorist,” Obama continued. “We can and we will defeat those who threaten the safety and security of people all around the world.”

“If you cannot access information online, if you are not able to access different points of view, you won’t reach your full potential.”

However, talk of the Brussels attack only occupied the very beginning of the president’s approximately 30-minute address, which primarily centered on his efforts to normalize relations with island nation that has been under a trade embargo since the early 1960s.

His address as much to the Cuban people as to its Communist leadership, Obama stressed commonalities between the two nations, argued hostility on both sides has mainly led to negative outcomes, and urged internal reforms that would reshape Cuban society into one more democratic and accepting of both the free market and political pluralism.

“I have come here to bury the last restatements of the Cold War in the Americas,” he said. “In many ways the U.S. and Cuba are like two brothers who have been estranged, even though we share the same blood … I have come here to extend the hand of friendship to the Cuban people.”

Obama, who is the first sitting U.S. president to visit Cuba in almost a century, insisted the embargo has only served to harm the Cuban people, which elicited wild applause from the audience. “Our grandchildren will look back on this period of isolation as an aberration,” he said.

Despite stressing cooperation and similarity, Obama acknowledged that disagreements between the two nations over the past half century, from the Cuban missile crisis to the failed Bay of Pigs invasion, are real and significant, adding the fundamental responsibility for change lies with Cubans themselves. He called for economic reforms (such as making it easier for Cubans to start their own businesses), an end to the country’s system of using two separate currencies (one tied to the U.S. dollar and one not), and the easing of rules that make it difficult for Cubans to take jobs with foreign companies operating on the island.

“The Internet should be widely available,” he charged. “If you cannot access information online, if you are not able to access different points of view, you won’t reach your full potential.”

Obama also called on the Cuban government to enact political reforms like expanding the rights of free speech and public assembly without the fear of arrest, as well as the creation of multi-party democratic system that would allow Cubans to choose their own leaders. “President Castro, my visit here means that you do not need to fear a threat from the United States,” he said. “It also means you don’t need to fear the voice of the Cuban people.”

At its core, Obama’s message was consistent with the platform on which he first ran for president back in 2008—a willingness to turn long-term enemies into potential allies. “Many people on both sides of this debate have asked, why now?” he asked. “There is one simple answer: What the United States was doing was not working. We have to have the courage to acknowledge that truth. A policy of isolation designed for the Cold War made no sense. The embargo was only hurt the Cuban people instead of helping.”

Photo via David Drexler/Flickr (CC BY 2.0) | Remix by Jason Reed