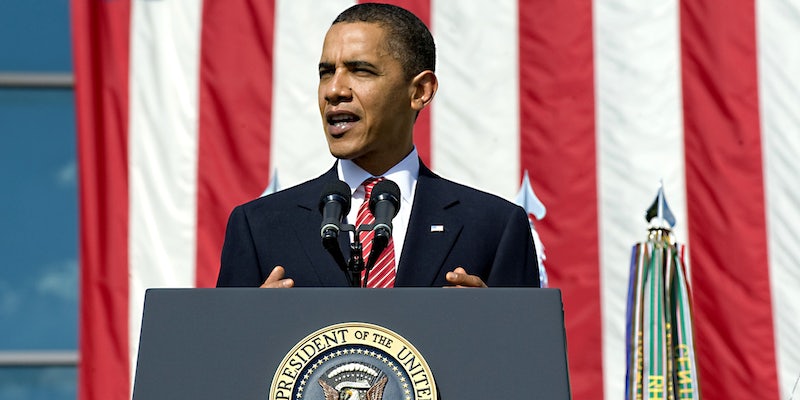 The president says 'deadly mistakes' can occur in the 'fog of war.'

President Obama apologized publicly on Thursday for the deaths of two hostages killed in a U.S. drone strike against suspected terrorists in Pakistan.

The hostages, Warren Weinstein, an American aid worker from Maryland, and Giovanni Lo Porto, an Italian aid worker, were kidnapped by Al Qaeda in Pakistan in 2011 and 2012, respectively.

“As president and as commander in chief, I take full responsibility for all our counterterrorism operations,” Obama said. “I profoundly regret what happened. On behalf of the United States government, I offer our deepest apologies to their families.”

The Central Intelligence Agency, which is responsible for U.S. drone operations abroad, was unaware of the hostages presence when it targeted the suspected Al Qaeda, according to reports. Officially, the agency does not recognize its role in the drone program.

Weinstein’s wife, Elaine Weinstein, with whom he had two children, said in a statement that her family was devastated that her husband “will never safely return home.” She added: “We were so hopeful that those in the U.S. and Pakistani governments with the power to take action and secure his release would have done everything possible to do so, and there are no words to do justice to the disappointment and heartbreak we are going through.”

The deaths of Weinstein and Lo Porto underscores an issue of accuracy and civilian casualties with the targeted-killing program, often criticized by human-rights organizations for lacking meaningful transparency and oversight. The criteria the government uses to put people on kill lists, and the level of intelligence required before a drone strike is authorized, is relatively unknown.

In perhaps the most notorious case of American use of military drones, as many as 12 Yemeni civilians were killed when a U.S. drone fired at a wedding procession. Evidence obtained by the Washington Post is said to contradict U.S. claims that the victims were military combatants. The White House has repeatedly refused to comment on the attack.

“In the fog of war … mistakes, sometimes deadly mistakes, can occur,” Obama said on Thursday.