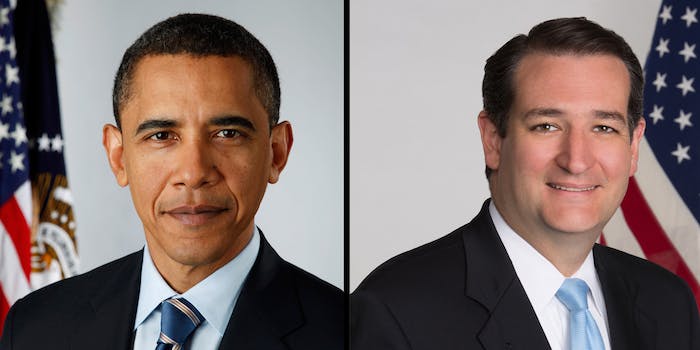 Apparently, there is much confusion among the Republican base among where various presidents and presidential aspirants were born.

On Tuesday, Public Policy Polling released the results of a survey of 572 likely Republican primary voters regarding who they’re supporting in the race for the 2016 Republican presidential nomination. The report is filled with interesting tidbits, but the most eye-catching is the contrast between the responses to a pair of questions about birthplaces.

When they the same question about Texas Sen. Ted Cruz, 40 percent stated the GOP hopeful was born in the U.S, 22 percent said he wasn’t, and another 39 percent said they were not sure.

For the record, Barack Obama was born in Honolulu, Hawaii, on Aug. 4, 1961. He has, from birth, exclusively been an American citizen. Here is a picture of his birth certificate: 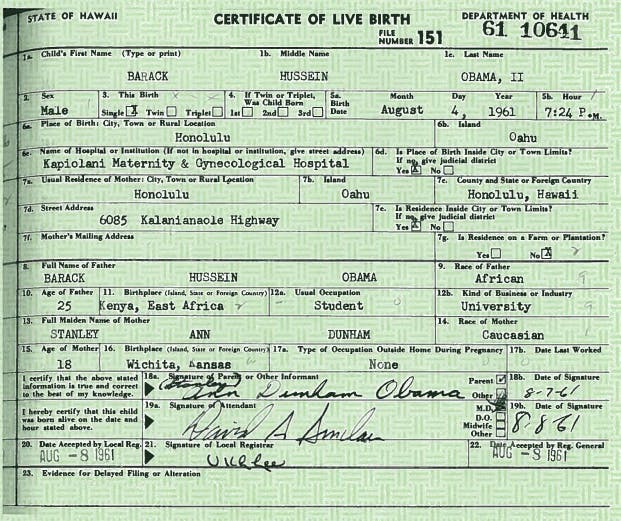 Ted Cruz was born in Calgary, Alberta, on Dec. 22, 1970. He had dual citizenship with the United States and Canada until last year, when he renounced his Canadian citizenship in anticipation of his run for the Oval Office.

Cruz provided a copy of his birth certificate to the Dallas Morning News in 2013. You can view it here.

Was Obama born in the U.S.?

Here are the candidates, ranked in order of the percentage of their supporters who believe Obama was not born in the United States or are “not sure” about his birthplace. (Note: Sen. Lindsey Graham, Bobby Jindal, and George Pataki all nettled under one percent of support, so their numbers may need to be taken with a grain of salt because of the small group size).

The survey also asked about perceptions of the president’s religion. (Hint: It’s Christian.) Here are the candidates, ranked in order of the percentage of their supporters who believe Obama is a Muslim or are “not sure” of his religious affiliation.

When “not sure” is removed from the equation, here is the breakdown of candidates whose supporters are sure Obama is a secret Muslim:

Interestingly, current GOP frontrunner Donald Trump was the nation’s most prominent “birther,” publicly refuting that Obama was born on U.S. soil. Nevertheless, the bases of candidates like Wisconsin Gov. Scott Walker and former Arkansas Gov. Mike Huckabee are more inclined to believe that Obama is a foreign-born Muslim. Trump’s numbers are still high, especially when compared to people like former Florida Gov. Jeb Bush or New Jersey Gov. Chris Christie, but it shows the real-estate mogul’s base is slightly broader than just the “birther” community.

Overall, when asked about their preferred candidate, Trump netted 29 percent of the vote with Ben Carson in second at 15 percent—the only other candidate to break into double digits.