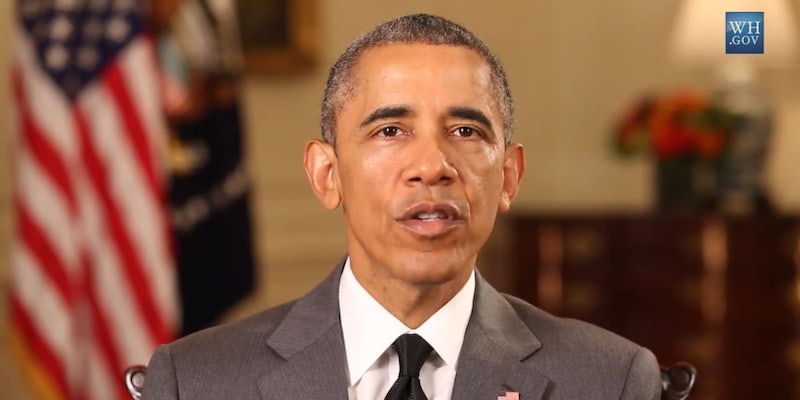 'Our climate is changing.'

In a video posted to the White House Facebook page on Saturday, President Obama announced his new plan to combat climate change.

The Clean Power Plan will be released in full on Monday, and include a new set of regulations targeting power plants across the country. Every state will be given new targets for reducing carbon dioxide emissions, either by increasing efficiency or by replacing old power sources with renewable energy.

The president’s video post begins with a firm message: “Our climate is changing.” He goes on to explain how the Clean Power Plan isn’t just about regulating greenhouse gas emissions, but has a direct impact on public health and the American economy.

The White House is describing the Clean Power Plan as “the biggest, most important step we’ve ever taken to combat climate change,” explaining that “we can’t condemn our kids to a planet that’s beyond fixing.”