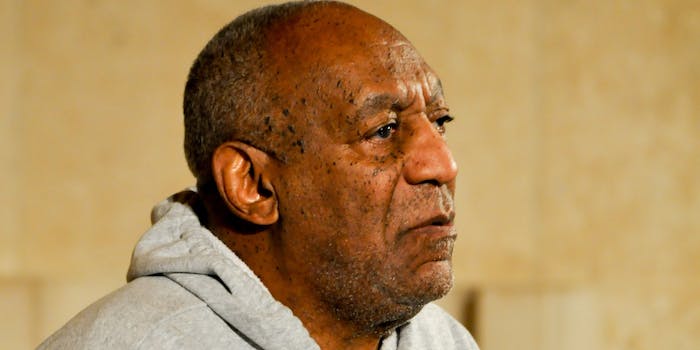 'There's no precedent for revoking a medal.'

President Barack Obama responded on Wednesday to questions about Bill Cosby, the once-beloved actor, now accused of drugging and raping dozens of women. A petition on the White House website started one week ago has asked the president to rescind Cosby’s Presidential Medal of Freedom.

“There’s no precedent for revoking a medal. We don’t have that mechanism,” the president during the afternoon conference.

Cosby received the Medal of Freedom in 2002. It is awarded to American civilians “who have contributed richly to the national life some way.” There are no rules placed on the president for awarding the medal, just as there are no rules outlined for rescinding one. It’s simply never happened before.

The petition, which had garnered more than 11,000 signatures at time of writing, was drafted by the nonprofit organization PAVE (Promoting Awareness, Victim Empowerment) and added to the president’s We The People website on July 8.

The president does not usually respond to the petitions himself. It’s customary for a member of his staff to draft an appropriate response once a petition exceeds the threshold. At present, the threshold is 100,000 signatures within 30 days.

“The Presidential Medal of Freedom is the highest award bestowed on civilians for their contributions to society. Bill Cosby does not deserve to be on the list of distinguished recipients,” the petition reads. “Cosby admitted to procuring drugs to have sex with women without their consent. He has been accused of serial rape by dozens of others.”

“This medal was given to him under false pretenses,” PAVE says in a video on its website that accompanies a link to the petition. “Sir, as you know, the presidential medal of freedom is the highest, most prestigious honor that can be awarded to any civilian—and his name should not be on the list.”

Although the president indicated that taking back Cosby’s medal may not be within his power, he spoke candidly on the topic of rape, prefacing his words by saying that he rarely comments on ongoing criminal or civil cases.

“If you give a woman or a man for that matter without his or her knowledge a drug and then have sex with that person without consent, that’s rape,” the president said. “I think this country, any civilized country should have no tolerance for rape.”

Photo via World Affairs Council of Philadelphia/Wikimedia Commons (CC BY 2.0)