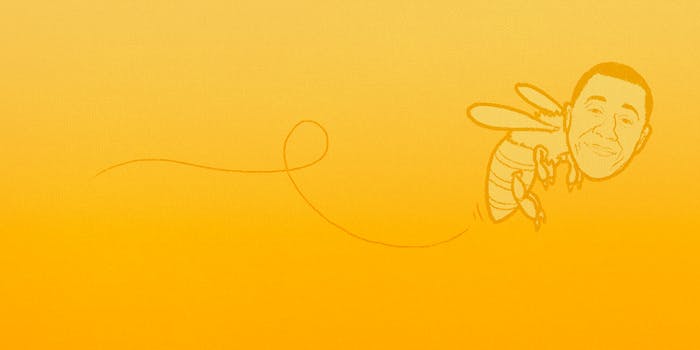 Obama’s Easter festivities were interrupted by a bee attack

Occasional Secret Service lapses aside, the White House is an incredibly secure environment. The men, women, and children who visit President Barack Obama‘s residence and workplace can breathe easily knowing that they are protected by a fortified perimeter—with some exceptions.

Something breached that perimeter on Monday—something loud, fast, and sharp. A bee swooped in as the president was conducting his traditional reading of Where the Wild Things Are during the annual Easter Egg event. Obama tried to calm down his audience, but for a while, they acted like they’d seen an alien. (Hold your Kenya jokes.)

If nothing else, this video of innocent children screaming in terror while seated in rows in front of President Obama will make great B-roll in a Republican presidential campaign ad.

The Daily Dot did not attempt to contact the bee for comment, but if past experience is any indication, it would not be in a position to respond.