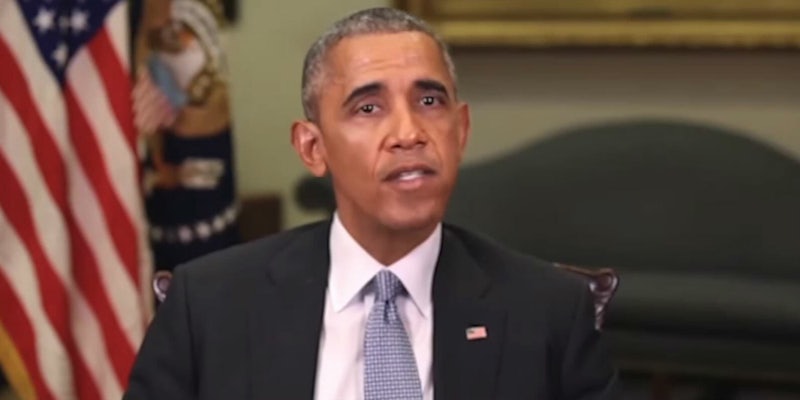 Fake news comes in all shapes and sizes, and unfortunately, it’s becoming more difficult to detect as technology advances. Courtesy of BuzzFeed and Get Out director Jordan Peele, we now have an appropriately terrifying idea of what it may look like in the future.

Using advanced artificial intelligence (AI), the partnership created a public service announcement featuring former President Barack Obama. In it, Peele delivers his famous voiceover on top of a digitally manipulated video of the president, making it seem like Obama is giving his opinion on Black Panther, dishing on Ben Carson, and calling President Donald Trump a “total and complete dipshit.”

Before you watch the clip, it’s worth reemphasizing: Obama isn’t really saying these things (Peele reveals himself at the midway point in the video).

After explaining the dangers of fake news and urging people to be smarter about what they read online, Peele drops the mic by making fake Obama close with one last piece of advice: “Stay woke, bitches.”