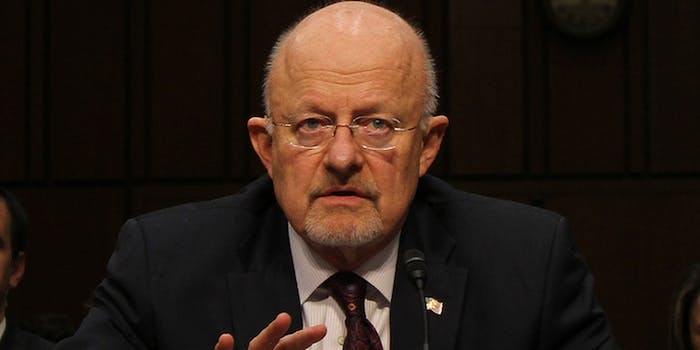 U.S. rules on government surveillance haven't been updated in 3 decades.

The first action by federal watchdog group th Privacy and Civil Liberties Oversight Board (PCLOB) since its restaffing by President Obama earlier this year is a letter to Attorney General Eric Holder and James Clapper, Director of National Intelligence, calling for a revision to out-of-date federal surveillance guidelines.

The letter counsels them, and the agency heads who report to them, to draft new guidelines to replace rule structures that have been largely unchanged for 30 years.

“(K)ey policies and procedures addressing privacy and civil liberties should be kept up to date to take into account new developments including technological advancements,” wrote the board’s chairman, David Medine.

This stasis in the face of changes that alter the quality of privacy is paralleled across the legal landscape, where Google users, for instance, have no “expectation of privacy” because the company itself has been ruled a “third party.”

Because the rules “have not comprehensively been updated, in some cases in almost three decades” the board “requests” that the two work together to bring them current. Specifically, the board wishes to have in hand by the end of October, an “agency-by-agency schedule establishing timelines for updating each agency’s guidelines.”

In the turbulent aftermath of the Snowden-leaked NSA surveillance information, the administration has attempted to juggle denial, justification and, slowly, a shift to something resembling accountability.

Appointing new personnel to the five-person PCLOB earlier this summer has been one of the few publicly visible actions that appear to put the promise of responsibility into action.

The board’s recommendations follow the release of an internal NSA audit that found the agency broke privacy rules nearly 3,000 times within a one-year period. The NSA has excused those mistakes as unintentional errors by its analysts, claiming intentional acts of illegal surveillance only occurred “a couple of times” in the past decade.