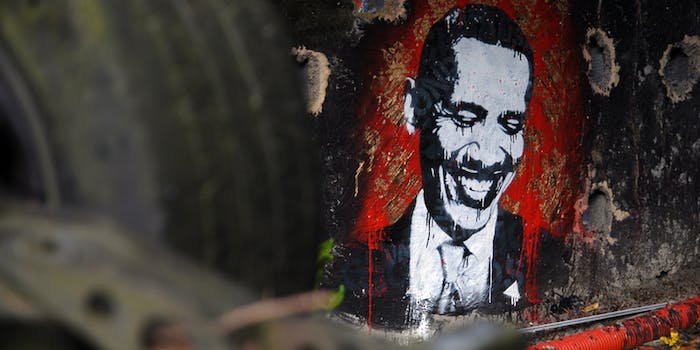 A new preliminary report by the Center for Strategic and International Studies puts the losses around $300 billion.

President Obama and other government officials often stress that the  global cost of hacking is $1 trillion. That’s a major exaggeration,  major exaggeration according to a preliminary report on a new study underwritten by McAfee, the security company responsible for the original report cited by Obama. A $1 trillion cost would amount to about a 1.4 percent of the $70 trillion global GDP according to the World Bank.

Released on Monday, the new report by the Center for Strategic and International Studies “implicitly acknowledges that McAfee’s previous figure could be triple the real number,” Reuters reports.

The new estimate ranges from $300 billion to, again, $1 trillion, but the preliminary report stresses that losses are probably in the $300 billion range, or in some context, four tenths of 1 percent of global income.

The report estimates that annual American losses range from $20 billion to a high end of $140 billion.

The original $1 trillion global estimate was first cited in 2009 and has seen much greater visibility this year as the White House, Congress, and Intelligence community have pushed for greater protections against global hacking and cyberwar. The global cyber arms race is said to be led by Russia, China, and the U.S.

In light of revelations about National Security Agency’s Internet surveillance and talks with China over the state of cyberwarfare, the response around the Web has been generally negative. On social news site Reddit, users are accusing the White House of drumming up a “threat narrative” to drum up support for government surveillance of the Internet and for action against foreign threats online.

McAfee says that this report is more accurate and should be cited as such from here on out.

“This study here is newer, it’s based on extra rigorous work,” McAfee Vice President of Government Relations Tom Gann told Reuters, “and once it’s made public, this is clearly the one we’re going to focus on.”