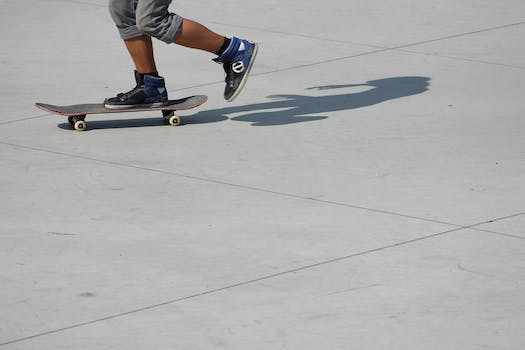 Skateboarding is not a crime. Or maybe it is. Either way, this looks painful.

A video posted to YouTube on Monday shows NYPD police using what appears to be a chokehold to throw a skateboarder to the ground and hold him there.

The skateboarder depicted in the video, who also uploaded the clip to YouTube, said his name is Yibin Mu and noted the incident occurred one day prior, while he was skating in Manhattan’s Columbus Circle.

“Without warning, the police officer used one hand to grab my forearm and the other hand to grab the back of my neck,” Mu wrote in the video’s description. “He then put me in a chokehold and this is what happened next. I was non-aggressive the entire time. My name is Yibin Mu and I’m tired of abusive cops.”

In an interview with DNAinfo, Mu said he was riding his skateboard at about 5pm ET when he saw a police officer approach. Mu, a Chinese native who moved to New York as child and is a sophomore at Queens College, said the officer tried to snatch his board. But Mu held it behind his back. That’s when the officer put him in a headlock and threw him to the ground.

As Gothamist notes, the arresting report read that Mu “refused to sit down and ignored him. The officer informed him that he was placing him under arrest, and attempted to take him into custody, and the defendant fought with the officer.”

Skateboarding is prohibited in Columbus Circle, which sits at the southwest corner or Central Park, and local politicians have spent years calling on the local law enforcement to crack down. However, an NYPD officer being caught on camera using a what looks like a chokehold for a seemingly minor infraction is a troubling development for the department.

The use of chokeholds have been banned by the NYPD, except in cases when the officer’s life is in danger, since the early 1993; however, when Officer Daniel Pantanelo put Eric Garner in a fatal chokehold for selling cigarettes on the street last year, it drew worldwide condemnation.

According to data collected by New York City Civilian Complaint Review Board, the number of complaints about NYPD officers using chokeholds has wavered between 100 and 250 every year since 2002. Those complaints have largely been geographically clustered in the city’s African-American neighborhoods.

On the same day Mu was arrested, elsewhere in Manhattan, thousands of protesters marched against police brutality. Saturday’s march was the culmination of a three-day event called #RiseUpOctober protesting police brutality nationwide. The march was criticized by police union officials for coming only a few days after a NYPD officer was fatally shot while chasing a suspect in East Harlem.