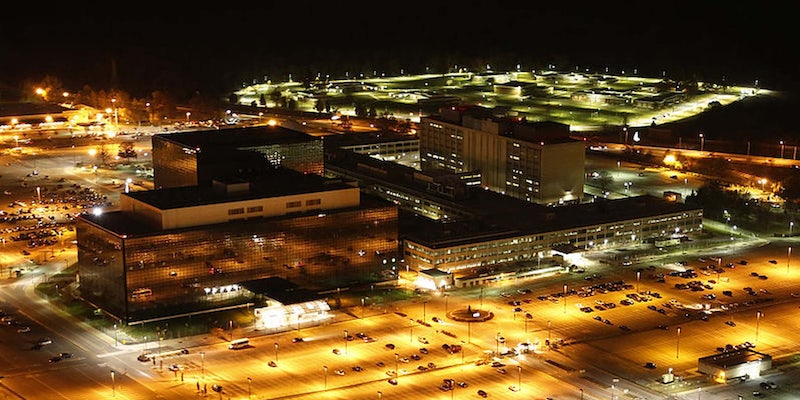 "The agency relies heavily on state and local help. This bill bans all of it."

On Tuesday, activists across the Internet banded together for The Day We Fight Back, a mass online protest against the NSA’s domestic snooping programs. While this action certainly gained media attention, voluntarily blacking out websites and writing impassioned blog posts about widespread metadata collection isn’t likely to put a major dent into the day-to-day operations of America’s pervasive surveillance state.

However, a new law proposed by a handful of Republican lawmakers in Maryland could may actually have a bit more bite.

The bill, which was introduced late last week in the state’s House of Delegates, would prohibit the state from offering assistance to the any government entity conducting warrantless mass surveillance on Americans. In effect, this rule would not only stop Maryland from using information obtained by the NSA in court cases and prevent the agency from tapping public universities for research, but it would also cut power and water to the NSA’s Fort Meade headquarters. In addition, it would ban private companies in Maryland from stepping in to fill the logistical holes created by the state’s lack of cooperation with the NSA.

The bill would sever a recently announced deal between the NSA and Howard County, Md., where the agency is paying the county over $40 million for a system to provide millions of gallons of wastewater to cool a computer center at Fort Meade.

“I want Maryland standing with its back to its people holding a shield,” Maryland State Delegate Michael Smigiel, who introduced the bill, said in a statement. ?Not facing them holding a sword.”

Maryland is just one of around a dozen states, including California, where legislators have taken steps in recent months aimed at stopping the federal government’s controversial surveillance programs. This effort is the brainchild of the Los Angeles-based government reform group the Tenth Amendment Center, which has labeled its effort an attempt to ?nullify” the NSA.

Whereas the NSA doesn’t have an extremely large presence in places like California, Maryland is home the agency’s 350-acre nerve center, which employs over 30,000 people. The initial idea for the campaign actually came out of a 2006 Baltimore Sun article about how NSA’s heavy use of power was putting a strain on the local electric grid; NSA officials feared an outage could bring the agency’s work to a virtual standstill.

“Maryland has almost become a political subdivision of the NSA,” Michael Boldin, executive director of the Tenth Amendment Center said in a statement. “The agency relies heavily on state and local help. This bill bans all of it.”

The act was introduced as an emergency measure and needs a three-fifths vote from both houses of the state’s legislature in order to be passed into law.