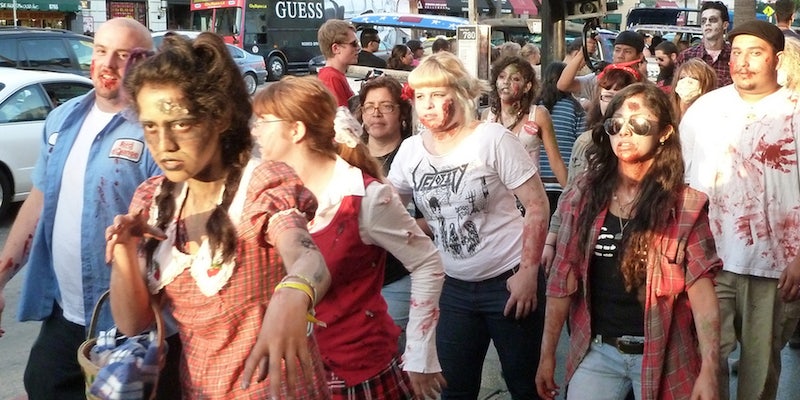 Buying the new iPhone? The NSA thinks you’re a ‘zombie’

Apple’s release of the new iPhone 5 today has prompted a flood of statistics on telephone usage: By the end of 2014, over 53 percent of the U.K. will own a smartphone. In Germany, more than 50 percent of the population already has one; in the U.S. it’s a little less, about 130 million.

So what do we make of all these new smartphone users?

According to the U.S. National Security Agency—which has emerged as the foremost expert of our digital lives—they’re “zombies.”

Three consecutive slides posed the following question, “Who knew in 1984…that [Steve Jobs] would be Big Brother…and the zombies would be paying customers”: 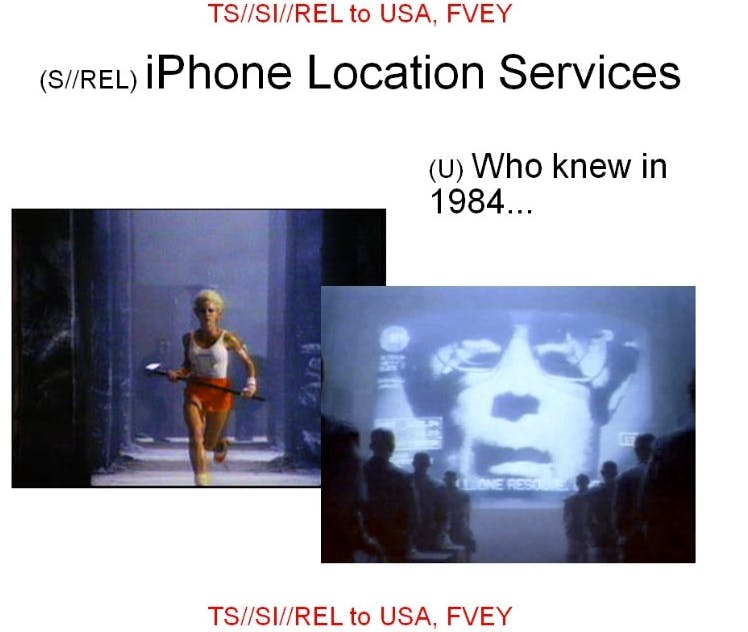 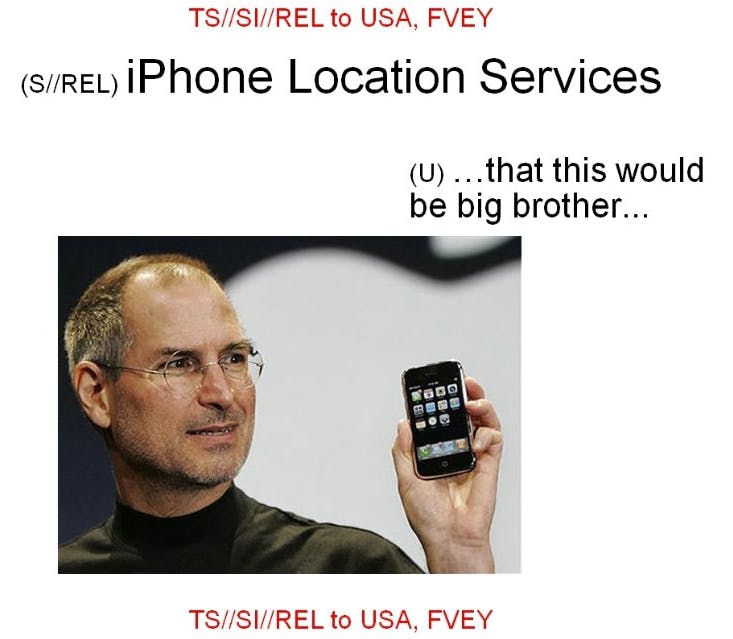 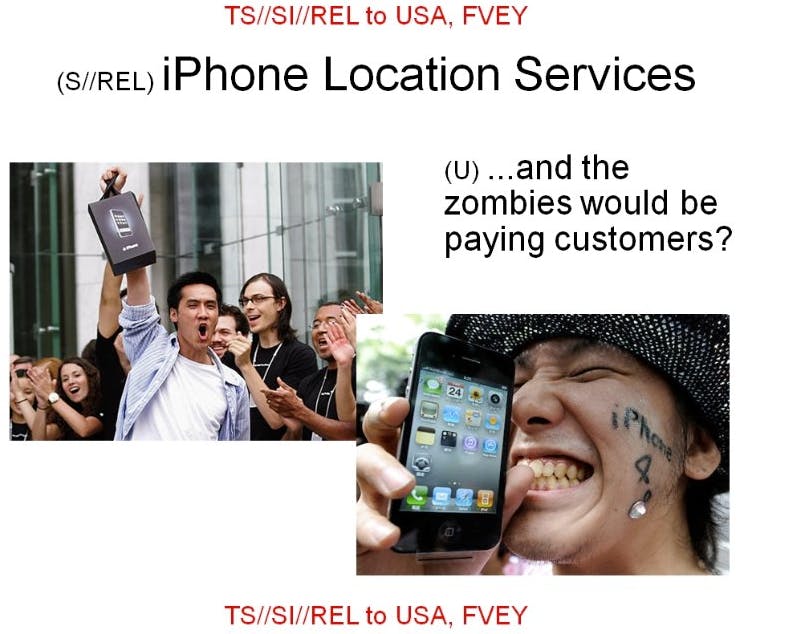 Setting aside how bizarre it is that the NSA would call someone else Big Brother (though, to be fair, if anyone outside the agency deserves the title it’s probably Jobs), and the fact that there are no zombies in George Orwell’s novel, 1984, the comment is telling about the agency’s views on Americans’ privacy.

Of course, it’s not all that surprising that a spy agency would covet the comprehensive personal data captured by smartphones. But it’s a worthwhile reality check before half the country buys into another generation of the Jobsian dream, as laid out with painful irony in Apple’s famous “1984 won’t be like 1984” Super Bowl ad:

One final caveat: Spying aside, we certainly do want the NSA concerned about zombie attacks, as they are an issue of national security. And so we shouldn’t be too quick to dismiss the NSA’s zombie classification of smartphone users.

In a 2009 paper published by University of Ottawa mathematicians in the journal Infectious Disease Modelling Research Progress, researchers model a zombie attack “using biological assumptions based on popular zombie movies.” In it, they “introduce a basic model for zombie infection, determine equilibria and their stability, and illustrate the outcome with numerical solutions.” The researchers further account for “a latent period of zombification, whereby humans are infected, but not infectious, before becoming undead.” Then they “examine the impact of regular, impulsive reductions in the number of zombies and derive conditions under which eradication can occur.”

Whether or not the NSA has research to suggest the adoption of smartphone usage maps well to the disease vector used in the Ottawa study is unclear. But if they do, we need them to be ready to act quickly, as the study concluded that “only quick, aggressive attacks can stave off the doomsday scenario: the collapse of society as zombies overtake us all.”