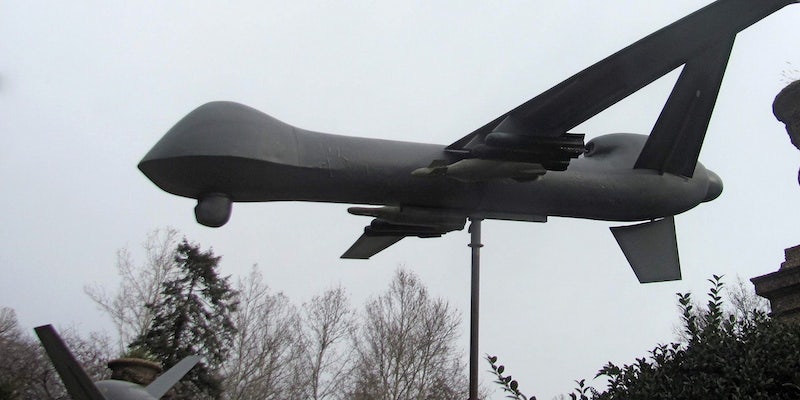 The latest leak from former intelligence contractor Edward Snowden reveals that the NSA is an integral part of the U.S. drone strike operations against al Qaeda.

The agency’s intimate involvement with the strikes, particularly its providing of targeting intelligence to the CIA, was revealed in the latest leak from former NSA contractor Edward Snowden.

Snowden’s documents go into detail about the 2012 killing of Hassan Ghul, an associate of Osama bin Laden. Though the U.S. government has never formally admitted to the strike on Ghul, the Post asserts that the leaked intelligence documents confirm that it occurred.

For the NSA’s part, it apparently intercepted an email from Ghul’s wife, which, while rather benign in nature, provided the agency enough information to identify his home in Pakistan. “This information enabled a capture/kill operation against an individual believed to be Hassan Ghul on October 1,” one document read.

The documents do not explicitly state whether the agency used one of its controversial surveillance projects to obtain the email. For example, if the email came from a Google, Yahoo, or Hotmail account, the government may have obtained it through the PRISM program, which entails obtaining a secret court warrant.

Former CIA officials apparently told the Post that the NSA’s collaboration with the CIA in the Ghul case was typical for a drone strike.

To be sure, the use of drones has been controversial. In the past few years, U.S. drone strikes have killed thousands of alleged militants, often claiming civilian lives in the process. But within the context of this White House strategy, the NSA, in this case, seems to be operating well within its mandate. In other words, it’s doing its job.