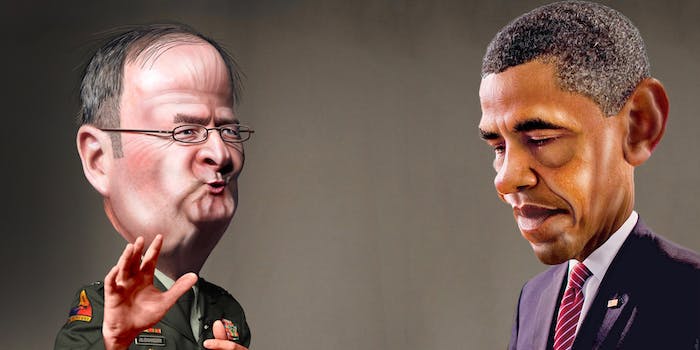 The National Security Agency was rocked harder by former Edward Snowden's leaks than we thought.

In June, Snowden, a former NSA contractor, collected a massive number of agency documents, fled the country, and passed them to a handful of journalists. His leaks, trickled out of a handful of news agencies, have revealed the NSA has a vast network of spying power, including the ability to track much of the Internet, many of the world’s phone records, and that the agency has partnerships with similar spy organizations around the world.

Snowden’s actions clearly took the agency by surprise, and the NSA immediately took steps to prevent similar actions from other employees. But though the intelligence community wasted no time in condemning Snowden and his actions, it didn’t show itself as so thoroughly damaged as to propose a full leadership change.

Government sources told the Journal that the White House’s decision to decline Alexander’s resignation came in part because it would appear to validate Snowden’s decision and wouldn’t actually aid the agency. Some in Obama’s administration did find their faith in Alexander shaken, though.

When contacted by the Daily Dot, the NSA refused to confirm or deny that Alexander had offered his immediate resignation.

Alexander is already slated to retire in either March or April of 2014, an announcement made before Snowden’s leaks.