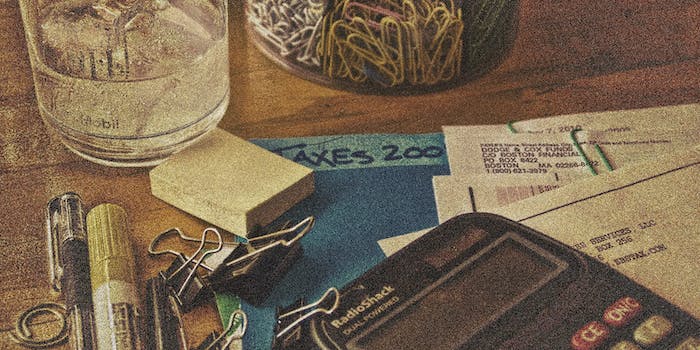 Here's how much you pay the NSA each year to collect your phone calls, emails, and social media data.

As documents leaked by former intelligence contractor Edward Snowden revealed this summer, that tax covers the collection of telephony metadata from every U.S. citizen, the secret court warrants for their social media data and emails, the splitting of fibre optic submarine Internet cables, and the tapping of foreign leaders’ phones.

In fact, the calculation is based on another of Snowden’s documents, known as the “black budget,” which details the U.S. intelligence community’s spending. About 20 percent of that budget, which is in total about $52.6 billion, is allocated to the NSA.

In the future, however, that number may be set to decrease. A bill known as the USA Freedom Act, which would stop the NSA from collecting and storing the phone metadata of every American, has been introduced in Congress.

A previous attempt to defund certain NSA programs went before Congress earlier this summer, and failed to pass by a slim 12 votes. After further revelations about the NSA’s activities, some members of Congress said they wished they’d supported it.

It’s not precisely clear how much money the USA Freedom Act would save the government, but if it passes, some portion of that $574 could be used for other programs.