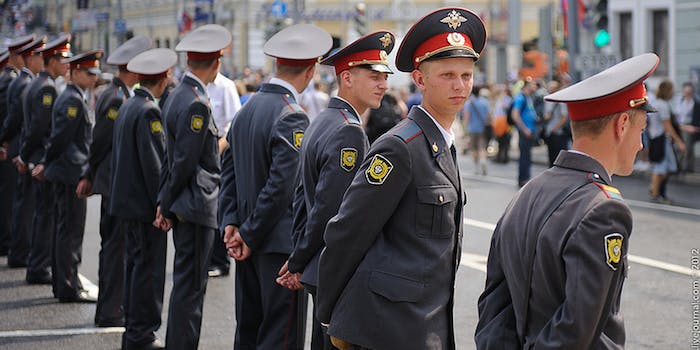 But should he actually be worried?

Edward Snowden, the former intelligence contractor who leaked details about the U.S. National Security Agency’s online surveillance program, will seek police protection from authorities in Russia, where he has been living under asylum since the fall of 2013.

According to RT, Snowden’s lawyer, Anatoly Kucherena, said that after several U.S. intelligence agents said they wanted to assassinate Snowden, the 30-year-old will turn to Russian police for help.

“We are concerned with the situation around Edward,” Kucherena said. “We see the statements made by some U.S. officials containing potential and implicit threats and openly calling for causing him bodily harm.”

Though RT refered to threats against Snowden in “various American media,” the actual situation seems much more benign than that.

RT cited quotes from several different intelligence workers who wished harm upon Snowden. Among them was this one, from an Army intelligence officer to BuzzFeed: “We would end it very quickly… Just casually walking on the streets of Moscow, coming back from buying his groceries. Going back to his flat and he is casually poked by a passerby. He thinks nothing of it at the time starts to feel a little woozy and thinks it’s a parasite from the local water. He goes home very innocently and next thing you know he dies in the shower.”

All of the threats cited by RT (and perhaps Kucherena) seem to be a reference to that same BuzzFeed article, which also contains the following statement from a Pentagon official: “I would love to put a bullet in his head … I do not take pleasure in taking another human beings life, having to do it in uniform, but he is single-handedly the greatest traitor in American history.”

How credible are the “threats?” It would seem, despite RT’s report, that they not very credible at all. In that same BuzzFeed article, all of the officials who spoke (under the condition of anonymity) about their desire to harm Snowden said they “did not expect anyone to act on their desire for revenge,” BuzzFeed wrote. That said, they indicated that anti-Snowden sentiment was “widespread” in the U.S. intelligence community (itself not so surprising a revelation).

Further, in a recent, extensive interview in the New Yorker, U.S. President Barack Obama stated “I do not have a yes/no answer on clemency for Edward Snowden.”

According to RT, under his asylum, Snowden has the standing in Russia to request protection. There is no indication as to whether it will be granted.