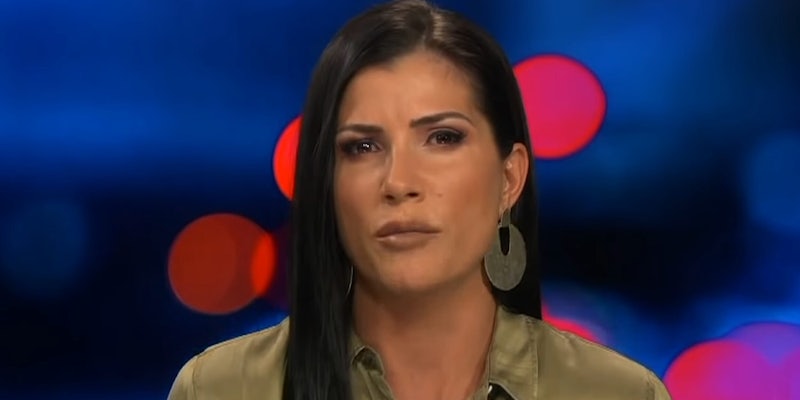 Dana Loesch has some interesting thoughts on the Dallas shooting.

While the killing of Botham Jean is still being investigated, one thing is known for sure: Amber Guyger, an off-duty Dallas police officer, went into an apartment that wasn’t hers and shot and killed a Jean, a Black man.

Guyger was charged with manslaughter, saying she believed she was in her own apartment and thought Jean was an intruder.

People have speculated online about ulterior motives and explanations that don’t add up, but the above is just about all we know about the case.

And NRA spokesperson Dana Loesch has a solution. Jean—to prevent an armed policewoman from entering his home and shooting him—should have been armed.

That’s right, Loesch—one of the most ardent Blue Lives Matter enthusiasts outside of Tomi Lahren—is now essentially advocating for shooting, maybe even killing, a cop. But that’s what happens when instead of promoting the obvious solution that would result in zero deaths (neither party having a gun), you are beholden to the National Rifle Association and instead say the safer solution would be two people pointing guns at each other.

NRA spokesperson Dana Loesch says Botham Jean, a man killed by a cop inside his Dallas home, could have survived if he "was a law abiding gun owner" https://t.co/R5cMgA9PNk pic.twitter.com/RGtBPyvddg

Since Loesch constantly bemoans being misquoted, here are her full remarks, as transcribed by Media Matters. In her quote, Loesch very clearly expresses confusion at Guyger’s behavior, saying she should have known something was off. But instead of Guyger not having a gun, Loesch wonders what if Jean had just shot someone who accidentally walked into his apartment.

Isn’t that much better?

Right. This could have been very different if Botham Jean had been, say he was a law abiding gun owner and he saw somebody coming into his apartment. I mean, there’s no — I don’t think there’s any context that the actions would have been justified. If I see somebody coming into my house and I’m not expecting them and they’re walking in like they own the place, I would — I would act to defend myself. And this could have been very differently had he actually had a firearm on him. Maybe it would be a different individual, she might be the one carried out.

Or they could both be dead.

Naturally, Loesch twisting herself up to defend gun ownership over the possible death of a police officer was noted on Twitter.

So is @DLoesch also advocating for citizens to blast away at cops entering their homes on no-knock warrants? How do you tell the difference between someone "accidentally" <wink> bursting into your home barking orders vs someone there purposefully & legally? Thoughts, @GLFOP ?

Let's be clear: no-knock warrants are overused and abused; and we need much tighter oversight on them. But here we have Loesch implying you should immediately blast anyone entering your premises, even if in uniform. How do you reconcile that stance with no-knock warrants? pic.twitter.com/a54nfr54GM

I’m sure, if Jean had killed a cop, that everyone would understand it was necessary. https://t.co/Cm9ENHXuI9

The @NRA wants us to shoot cops? https://t.co/FVhGc0Lqpp

In a weird way, however, Loesch’s position complies with the NRA’s supposed intent.

The NRA is an organization dedicated to the defense of the Second Amendment, an amendment that exists to allow the people the right to challenge the tyranny of the government. Private citizens are armed to protect against government overreach.

But because of twisting political alliances, the NRA is also home to some of the staunchest defenders of law enforcement officials out there. And now it’s putting them in a very weird spot.

Because just years ago, Loesch herself was blasting a person shot by a cop for being armed. Loesch said Philando Castille, a Black man who was killed in Minnesota, was illegally carrying a weapon. The NRA did not speak up for him.

He was also in possession of a controlled substance and a firearm simultaneously, which is illegal. Stop lying.

In that instance, Castillo being armed was what brought about his death in a swift fashion. Now, somehow, Jean having a gun would have been the thing that saved him?

Only one thing is certain when it comes to the NRA. No matter what, Black people can’t win.