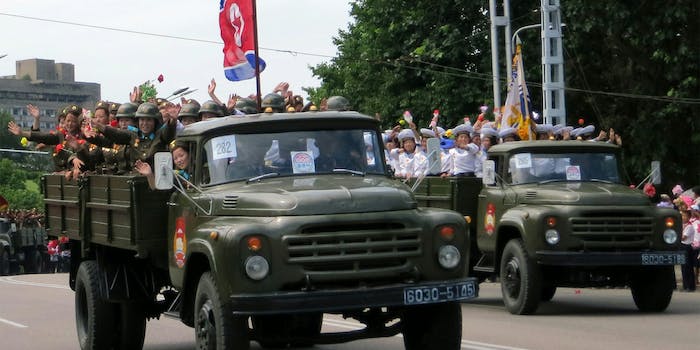 North Korea hacked a Bitcoin exchange—and robbed it into bankruptcy

The hermit kingdom is looking to cryptocurrency to overcome sanctions.

A South Korean Bitcoin exchange was hacked earlier this week and all blame is being directed toward its unpredictable neighbor up north.

Investigators, led by South Korean law enforcement and a state cybersecurity agency, are currently looking into North Korea’s involvement in a cybersecurity heist that saw it make off with 17 percent of Youbit’s assets, according to a Wall Street Journal report. The investigation is currently in its early stages, but authorities are convinced it was Kim Jong-un and his cohorts who used malware to rob the exchange.

That seems like a reasonable conclusion given historical context. Hackers from North Korean infiltrated the same exchange in April and several other cybersecurity attacks have been conducted against other South Korean exchanges.

Youbit posted a message on its website explaining it was forced to file for bankruptcy. It informed customers they would receive their holdings at 75 percent value.

North Korean hackers have started to conduct attacks for financial gains to overcome crippling worldwide sanctions. A September report from security researchers at FireEye found at least six major attacks conducted by North Korea that targeted cryptocurrency in South Korea. The money it gains from these attacks could be going toward advances in its nuclear-weapons program. North Korea’s focus on Bitcoin comes after the cryptocurrency’s value skyrocketed to nearly $20,000 a coin from just $1,000 at the start of the year.

For those who aren’t familiar, Bitcoin is a decentralized form of digital money that isn’t regulated by any banks or government. It uses cryptography techniques to ensure secure transactions and control the creation of new units. Its volatility makes it appealing to hackers who are looking to turn a quick profit.

The Youbit hacking comes days after the U.S. government publicly blamed North Korea for unleashing the devastating WannaCry malware attack that infected hundreds of thousands of computers around the world.