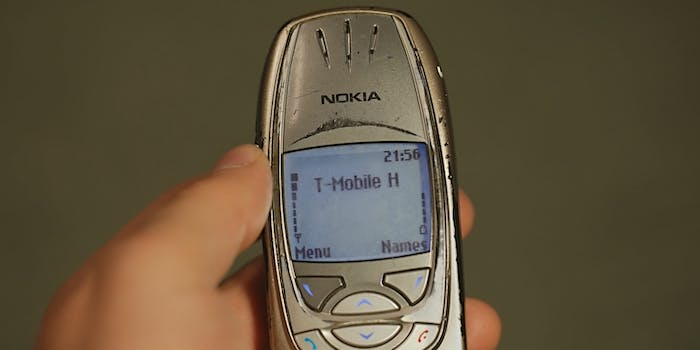 Women in India have a resourceful way to find pleasure in old Nokia cell phones—by turning them into sex toys.

Much like the rest of the phone, the vibrating engine in Nokia brick phones is abnormally strong, making it an effective alternative to vibrators, which are difficult to come by in India.

If you aren’t convinced by the survey’s small sample size and vague methodology, just head on over to Twitter, where comments prove this surprising application isn’t unique to the country.

Re-releasing the Nokia 3310. Finally, a phone cheap enough to double as a sex toy.

OH: "He had an old Nokia running the Sybian Operating System. Wait, isn't that a sex toy?" Maybe put it on 'vibrate', and find out.

It’s a good thing Nokia brick phones are indestructible—you’ll never have to worry about buying a new one to satisfy your sexual urges. But if you did happen to misplace your old phone, don’t worry, the redesigned 3310 went on sale in India yesterday.