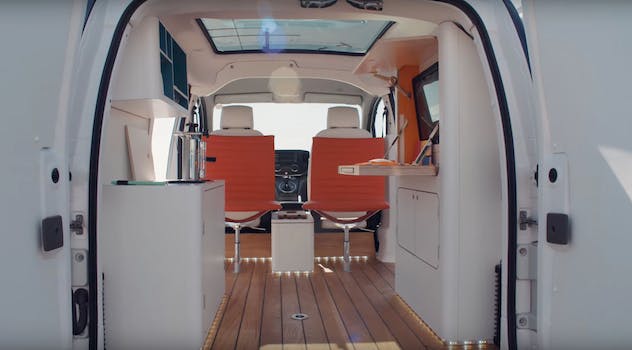 Arrive to work in your own mobile office.

If you’re sitting around your cubicle today and wondering how you could make it slightly more awesome, consider trading it in for this Nissan van which, conveniently, is also an office. 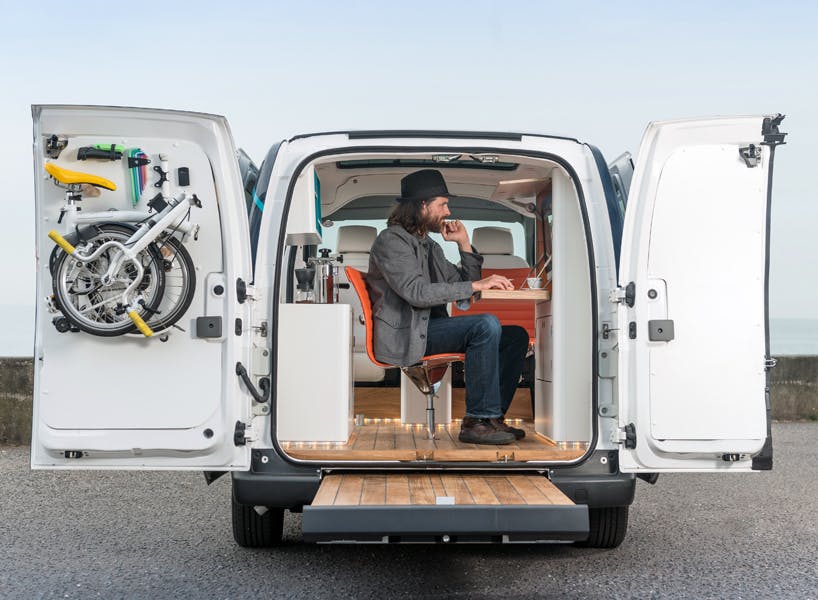 The Nissan e-NV200 WORKSPACe—yes, that’s actually how Nissan has chosen to style its name—is an electric van which has a fully functional office in its cargo section.

There’s enough room for an office chair, cabinets and drawers for storage, a flip-down desk with built-in computer display, smartphone dock, and a bunch of other cool little touches. 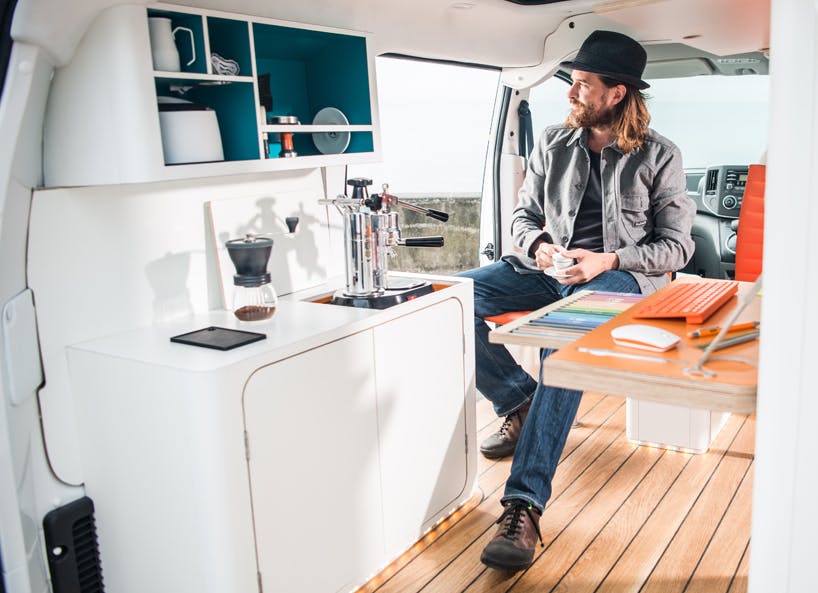 As for creature comforts, there’s a Bluetooth sound system, track lighting around the base of the floor, a mini-fridge, and even a pop-up espresso machine. Yes, this weird mobile cubicle can brew up a latte in no time flat. 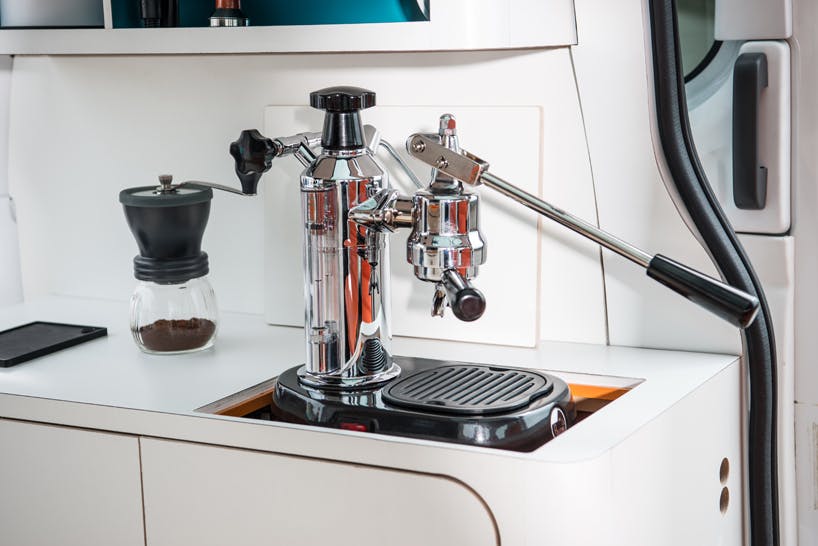 The ceiling of the office is a large glass panel, which acts as a skylight during the day, and a huge panel that pulls out from below the floor of the cargo area is a handy “deck” for kicking back and relaxing.

Nissan sees the WORKSPACe as a conceptual vehicle that could be the future of “hot desking,” which is the practice of allocating office space to certain employees at certain times. Arriving to work in your own mobile office would certainly make you a hot commodity, or at least that’s what Nissan seems to have in mind.