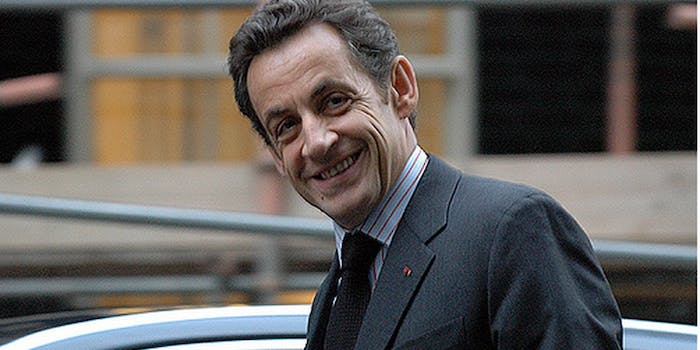 The jump to Twitter comes on the heels of the French president switching his Facebook page last week to a more visually appealing Timeline.

Sarkozy, who’s tweeting under his name and is verified by Twitter, has racked up nearly 40,000 followers with just two tweets. His first reads, “Hello everyone, I am very pleased to launch my Twitter account. Thank you to those who will follow me!”

A second tweet followed half an hour later inviting his followers to watch him tonight on TF1, a French television network, where he is widely expected to announce reelection efforts for a second term.

The jump to Twitter comes on the heels of the French president switching his Facebook page last week to a more visually appealing Timeline. His office is using his profile to highlight “milestones” during his tenure and post photo galleries of him at events and gatherings. It now boasts 16,000 subscribers.

No doubt, Sarkozy’s recent dips into a more active social media presence are to help his campaign combat the more popular Hollande, whom Sarkozy is lagging behind in the polls.

To that we say, bonne chance!