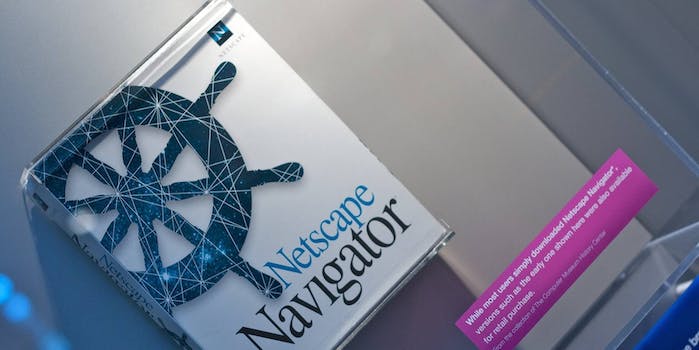 These were the not-so-good ol' days.

To be a newspaper reporter in February 1996, you might have been focused on the U.S. Embassy in Greece coming under attack, the release of Pokémon Red and Blue, and supercomputer Deep Blue beating grandmaster Garry Kasparov in chess. And, of course, explaining this newfound phenomenon called the World Wide Web to your colleagues.

That last one is actually what Doug Saunders, the current international affairs columnist for the Toronto Globe and Mail, set out to accomplish 20 years ago. Since he had a few years of internetting experience, he decided to lend a helping hand to some of his fellow reporters in February 1996.

Twenty years later, one of the recipients found Saunders’ memo while cleaning out a desk. Here was the not-completely-outdated result.

In February, 1996 I wrote a memo telling my fellow reporters how to use a new technology. A colleague cleaning out his desk just found it pic.twitter.com/6Z7HoIhpGN

Anyway, more from our technological hero from yesteryear.

I'd been using the internet for 10 years, but there were only 3 computers in the building with connections. A few reporters were online pic.twitter.com/fI91tjAuST

Some wonderful memories in there—a newspaper website containing “several dozen pages” and the choice of Netscape as the preferred web browser. And even back then, we knew the most effective way to fix your computer glitch was to turn it off, turn it on, and hope.

Either way, Saunders knew the Netscape search engine wasn’t the best option. Instead, he had another search engine in mind: AltaVista.

In the early '90s I'd made a living finding things on the internet for investigative journalists. You could sense that trade dying here pic.twitter.com/rea9DGDadi

But if you want to save something from the internet, what’s the best way to do so? Flash drive? External hard drive? Make a PDF file? Nope. The best way in 1996 was to insert a floppy disk.

And the best bit is the kicker, which is to my life what the rest of the memo is to technology. It's the "how I met your mother" document pic.twitter.com/rtQK3t3sfz

And that concludes our time travel back to the internet days of 1996, where Google hadn’t been invented, where many of us had no idea about the World Wide Web, and where Control-Alt-Delete was still the most effective way to fix your computer.