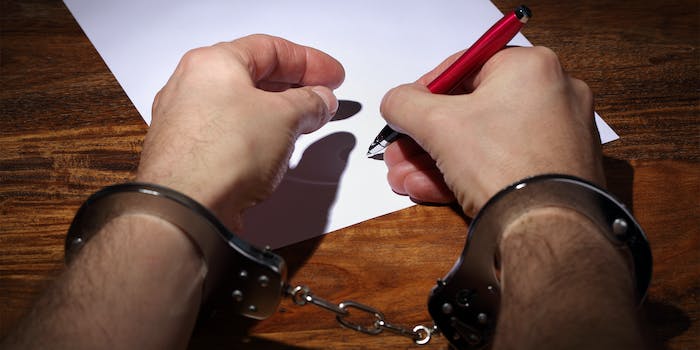 The letter's authenticity was confirmed by New Zealand officials.

A letter sent from prison by the New Zealand mosque shooter from jail to a supporter of his found its way to 4chan this week.

In the letter, Brenton Tarrant, who is awaiting trial for the murder of 51 Muslims, exchanged a letter with a Russian man who goes by Alan, espousing his belief that a “great conflict” was on the horizon and that more “bloodshed” was needed.

The letter was published to 4chan‘s politically incorrect board, /pol/, and later confirmed as authentic by New Zealand authorities.

New Zealand Corrections Minister Kelvin Davis said to New Zealand’s Newsroom that prisoners in New Zealand are allowed to communicate via letters with the outside world, but that they are still working out how to handle someone as high-profile as this.

“I know a lot of New Zealanders will be surprised to hear that this offender is allowed to send and receive mail—but there are rights every prisoner has under the law as it stands,” Davis said.

In the letter, according to Gizmodo, Tarrant wrote of his support of Oswald Mosley, a British fascist who supported Hitler and said he worried about “Europe’s future,” a likely reference to the far-right ideology and belief that Europe’s white population is being replaced by immigrants of color.

4chan posters praised the letter surfacing on their site, which has come under criticism for supporting hateful ideology.

“I’d like to thank him for what he did,” one poster wrote, Gizmodo reported. The site has frequently been considered a repository of hateful rhetoric. It’s even less regulated clone 8chan is where the New Zealand shooter published a link to the Facebook Live stream of his massacre.

The site also hosted a manifesto of his, and again came under fire after the words of the El Paso, Texas, white supremacist shooter were published there as well. As of writing, 8chan is currently offline, as companies have refused to provide hosting services and protection.

New Zealand officials said they were reviewing whether Tarrant should have the right to communicate like this going forward.