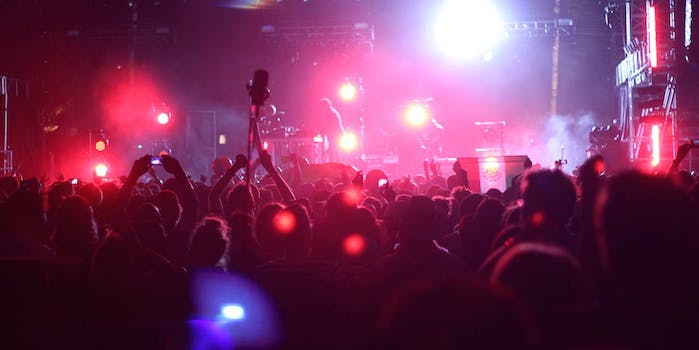 New York cracks down on ticket-buying bots used by scalpers

Buying tickets in bulk is not okay, computer.

In New York, it’s about to get easier to buy a concert ticket—assuming you aren’t a bot. The practice of purchasing tickets with automated programs is now a criminal offense.

The crackdown comes as the result of a three-year investigation into ticket-buying practices conducted by New York attorney general Eric. T. Schneiderman that found bots to be a widespread tactic among scalpers and resellers.

Those who utilize automated programs can now expect much harsher punishments levied against them if caught. New York’s state legislators have criminalized the behavior, making it a class A misdemeanor. Using bots to buy tickets can now result in fines or jail time in the State.

“Ticketing is a fixed game,” Attorney General Schneiderman said in a statement. “My office will continue to crack down on those who break our laws, prey on ordinary consumers, and deny New Yorkers affordable access to the concerts and sporting events they love. This investigation is just the beginning of our efforts to create a level playing field in the ticket industry.”

A Stubhub spokesperson shared a similar sentiment, stating “StubHub supports legislation that addresses the issue of bots in ticketing, as well as strong penalties for violating bot-related statutes, and we are pleased with the passing of the bots bill in the state of New York.”

The software used by scalpers allows the purchaser to snag the best available seats in large quantities, and do so in a matter of seconds. According to the New York attorney general’s investigation, one instance saw a single broker buy 1,012 tickets to U2 at Madison Square Garden in less than one minute.

Those tickets would often end up on secondary markets, like StubHub or TicketsNow. Schneiderman’s investigation found that tickets that appeared on those sites were marked up by an average of 49 percent above face value, and sometimes more than 1,000 percent.

It’s a pain that fans of the Broadway show Hamilton are plenty familiar with, as tickets to the must-see musical regularly sell out fast, despite efforts to prevent scalping practices. The only way real way to snag seats is from third-party brokers who have jacked the costs up on the already expensive ticket.

While bots were the primary focus of Schneiderman’s ire in terms of ticket-selling practices, he also made it clear the practices of much of the industry leaves ordinary people at a disadvantage. The investigation found that over half of all tickets are reserved for industry insiders or reserved for pre-sale events not available to the general public.

Schneiderman’s office also put TicketMaster on notice, noting the company’s exorbitant fees that can add more than 20 percent of the face value of the ticket in charges.