Apple's new 4-inch iPhone is a throwback to simpler times

Apple unveiled a new, cheaper model of the iPhone on Monday that includes features from both the new and old models of iPhones. The iPhone SE is smaller than the latest iPhone models but boasts many of the upgrades of the newest iPhone releases. With its 4-inch screen size and slightly boxy shape, the SE’s compact body functions as throwback to the iPhone 5 series, all the while enabled with some of the skills of the iPhone 6s and iPhone 6s Plus.  The result is a smaller phone that punches above its weight in many categories.

In any case, the iPhone SE is sure to excite Apple fans who weren’t on board with the larger screen size or high price point of the 6 series. An affinity for small screen-sizes is no quirk; Apple noted during the event that it sold 30 million four-inch iPhones in 2015.

But what exactly can the iPhone SE do that your older four-inch iPhone can’t? Turns out there’s quite a bit: 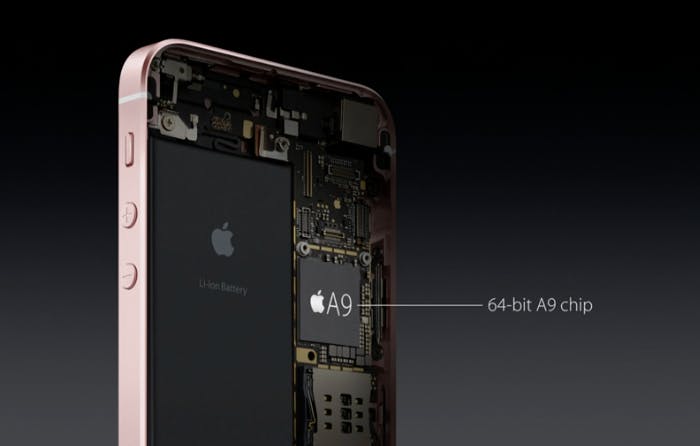 The iPhone SE comes with the speedier A9 chip processor capabilities of its larger sibling, the iPhone 6s. It also has LTE capabilities and faster Wi-fi (802.11ac). This means that everything from surfing the web, chatting with friends on Face-Time, playing games, or watching Youtube video will be faster and more seamless. 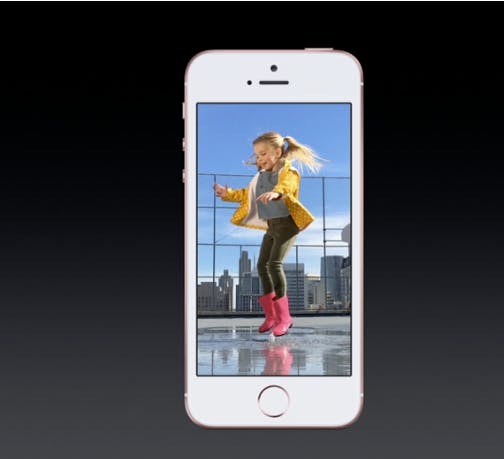 The iPhone SE’s camera has the same shooting capabilities of the 6 series. That includes a 12-megapixel iSight camera which can shoot 4K video. The camera also features the special “selfie flash” and Live Photos that we first saw in the 6 series.

Fans of the pink-tinted hue won’t be disappointed. The iPhone SE comes in rose gold. The phone is also available in gold, space grey, and silver. As during previous generations, it’s likely the rose gold iPhone SE’s will be the first to sell out. 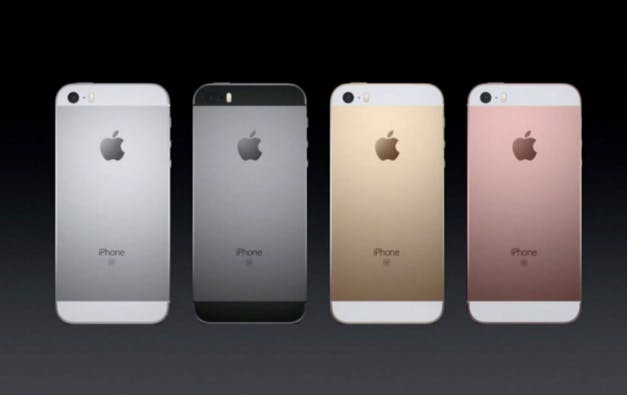 But WHEN do we get an iPhone that can open @snapchat without immediately losing all battery charge and dying???

In theme with valuing both form and function, the iPhone SE has better battery life than the last two iPhones.  According to Apple, the iPhone SE will offer up to 13 hours of Wi-Fi browsing battery life and 14 hours of talk time. The iPhone 5’s battery can only offer 10 hours for both.

The chronically sleep-deprived lovers of iPhone-bed reading can rejoice. The iPhone SE comes with the iOS 9.3 update, which includes Night Shift. The tool will reduce the amount of blue light that emits from your screen in the evening. The blue light glare of our smartphones or laptops  has been blamed for fooling our circadian rhythms into thinking it’s daytime 24/7 and ruining our evening slumber as a consequence.