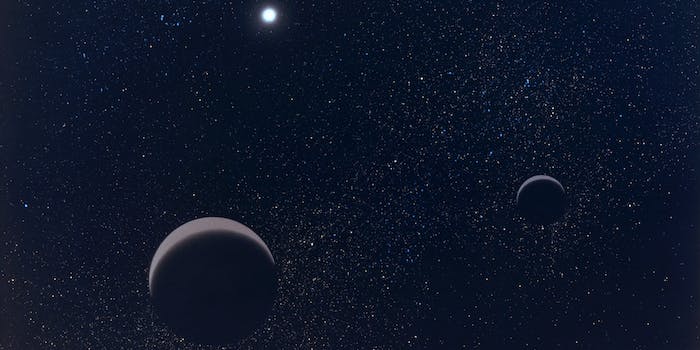 How online culture has evolved since we launched the Pluto probe

The world has changed a lot in the last decade.

Already the probe is giving NASA never-before-seen data about Pluto, and much, much more is expected to come thanks to the few hours New Horizons will spend documenting the dwarf planet and its moon.

It’s an exciting moment for science and space exploration—until recently, no official images of Pluto or its moon’s surface existed beyond artist renderings. We’re now so close to Pluto that scientists are referring to the probe’s data collection as a “man in the moon” moment—though instead of a face, scientists discovered Pluto has a massive heart shape on its red surface.

All the excitement surrounding the flyby is well-deserved after almost a decade of space travel. New Horizons left Earth back in January 2006, traveling three billion miles for this week’s planetary rendezvous. 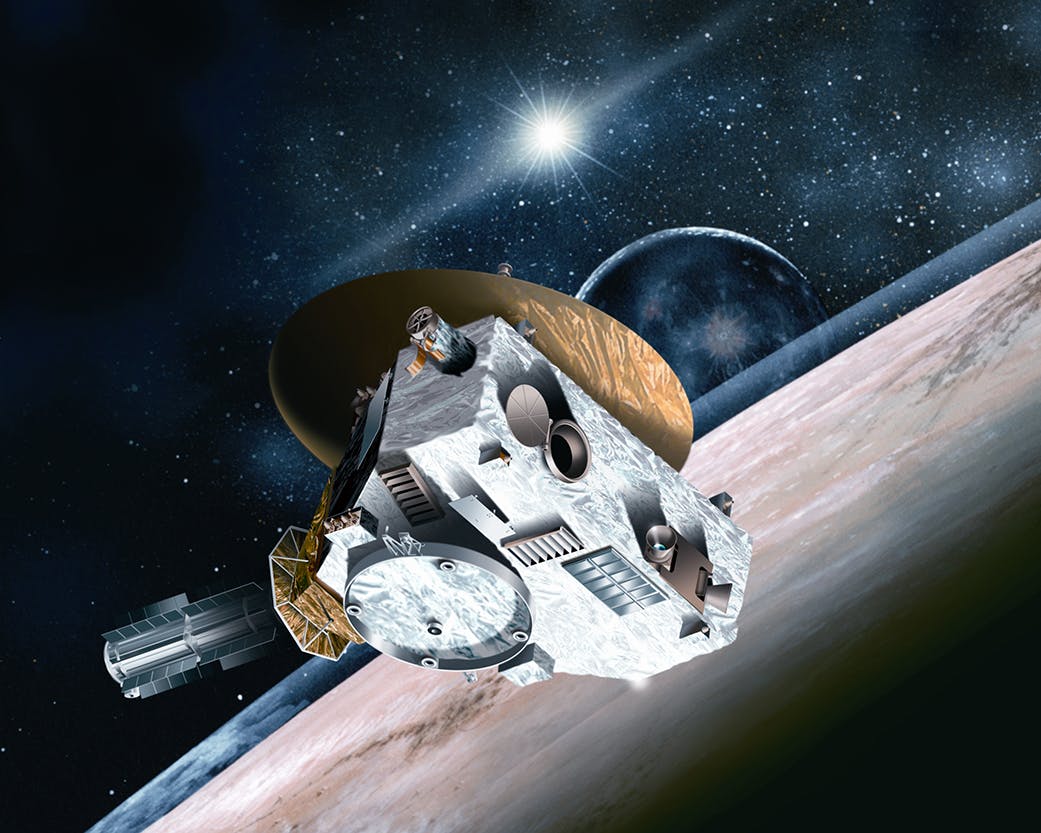 So after nearly 10 years and billions of miles, what does Earth look like to this piano-sized spacecraft? What advances has humanity experienced after the tiny probe left Florida on Jan. 19, 2006? We took a walk down memory lane to remind ourselves what time can do for innovation, and to find out how we’ve evolved since New Horizons began its adventures.

People are so tethered to them these days that it’s hard to believe smartphones loaded with data weren’t ubiquitous communication devices until the iPhone launched into our hands and hearts on June 29, 2007.

#Pluto probe was launched before 1st iPhone was invented.

The New Horizons spacecraft was still fairly close to Earth when Steve Jobs revealed the highly anticipated first-generation iPhone that would change the way people talk, text, and take photos for years to come.

With the advent of the smartphone, and more recently, the popularity of Instagram and Snapchat, selfies became a major way people share bits of their lives with one another. Some people might call them narcissistic, but let’s face it—we all do it.

If given the chance, Pluto would likely relish the opportunity to take a selfie and prove to scientists it deserves to be a real planet once again. In a way, the space probe is almost like a selfie stick, capturing Pluto’s shapely image from just the right angles. (Selfie sticks also exploded in popularity since the spacecraft’s launch, and were subsequently banned on rides at Disneyland.)

It’s not just selfies—social media gave humans an outlet for sharing too much of just about everything. Facebook launched in 2004 when Myspace was still a thing, but Twitter, Instagram, and Snapchat were all invented in the time New Horizons began its journey.

Because of the Internet convincing us it’s good to have hundreds of “friends,” and that those hundreds of friends care what we’re doing at any moment throughout the day, oversharing has become a trend that’s yet to cease. The momentary euphoria from a Like or a favorite tapped from smartphones turned us all into real-time content generators whether people actually Like it or not.

Social media gives us resources to share news and information and rally behind causes. But it also allows us to document every single bit of our lives and open our feeds up to criticism and trollish behavior from people who use the privilege of anonymity to turn innocent selfies and photos of dinner into a burning pile of trash comments.

iPod collections seem quaint compared to the massive amounts of music we can stream for free whenever we feel like listening. Spotify launched back in 2008, and has since sparked controversy among record labels, artists, and fans, who are all trying to figure out the best ways to get music to the masses who don’t want to pay for it, while still making a profit.

Consumers now have a wide range of options to choose from when they want to listen to music without forking over cash. And a battle is brewing between major streaming services and Apple, thanks to the company’s new streaming service Apple Music. Still, it might be fun to #tbt to those old iTunes playlists of 2006 to see what scientists launching New Horizons might have jammed to while at work.

Instantly watching your favorite television shows for hours on-demand at any time of day—preferably into the early hours of the morning when you should be studying for final exams—is still a modern phenomenon. We were renting videos at Blockbuster when New Horizons launched.

In 2007, Netflix launched its streaming service, pivoting away from hard copy DVD rentals. The ingenuity of streaming our favorite shows on the Web anytime we want to watch them made it possible to become a vegetable for as long as our browsers could handle the binging. This form of media consumption led to series like Orange Is the New Black and House of Cards—television shows made exclusively for our lazy, obsessive natures.

In 2012, the Oculus Rift filled our hearts with promise, offering a break from the reality we exist in. Facebook swiped them up for $2 billion, and while Oculus remains the darling of consumer virtual reality, other apps and hardware are beginning to give people an exploratory outlet that only requires a headset and a compatible device.

Sure, VR will be able to take us to space, perhaps one day traveling the same path New Horizons took, with much less time and effort. But let’s not forget the groundbreaking technology has also given us the TwerkingButt and acid trips—the things that really matter.

Just one of the many widely read yet questionable romance novels to be adapted into a big-screen film, Fifty Shades is a recent phenomenon New Horizons had the opportunity to avoid.

When the spacecraft launched, it was heading to Pluto and all its dark, icy glory. Then the unthinkable happened: Pluto was declassified from planet status in August 2006, instead becoming simply a dwarf planet.

This declaration rocked the science world, from top NASA scientists down to elementary school teachers who now had to rewrite songs about space to eliminate Pluto from their students’ understanding of our galaxy.

As the probe moves through space, snapping photos of the dwarf planet we know so little about, perhaps it turns for a moment and looks back at Earth, the home it left not so long ago. New Horizons wonders at all it’s missed in the billions of miles it’s traveled, and then turns to the stars and the unknown worlds beyond them. The probe contemplates the decade that gave us selfie sticks and binge-watching and thinks to itself, “I think I’ll stay up here.”