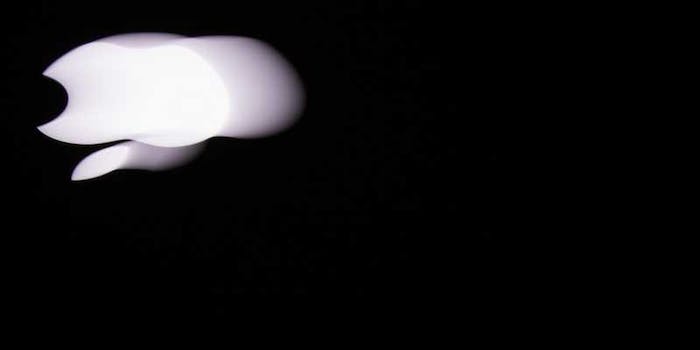 Apple chips away at its walled garden with iOS 8

Is the walled garden coming down?

We heard about a lot of new and exciting things happening with Apple today. But the real show started later, after the official announcements ended. When Tim Cook came back on stage for the “dev” portion of the annual keynote, Apple began to do something many thought it never would: It began to poke a few well placed, carefully planned holes in the walled garden that is iOS.

If we learned anything today, it’s that Apple has softened a bit in its 38th year of existence. At the 25th year of its Worldwide Developers Conference, Apple unveiled the newest iterations of its desktop and mobile operating systems, OS X Yosemite and iOS 8 respectively, showing off a plethora of new features that many of us have been asking for for quite some time.

Trying to appease users isn’t out of the ordinary for Apple under CEO Tim Cook, but the biggest break from tradition came after the consumer facing products were announced, and Apple had a chat with the people who build your favorite apps, the developers.

Apple announced the iOS 8 Software Development Kit (SDK), the tool that is used to create apps for iOS, with 4,000 new APIs. This may not sound important, but it will drastically improve many of the 1.2 million apps in the App Store, including most of your favorites.

The aforementioned APIs that Apple released allow for things like third-party keyboards, something that seemed out of reach just last year when Apple said third-party keyboards “don’t provide the best experience.” Now, companies like SwiftKey, whose keyboard is the most popular on Android, will be able to bring its products over to iOS. Speaking with BuzzFeed, SwitfKey CEO Jon Reynolds said, “We’re delighted Apple has decided to embrace the importance of opening its platform to third party keyboards.” Reynolds went on to say “our technology features on more than 200 million devices to date and we can’t wait to reach more. Are we going to build SwiftKey Keyboard for iOS 8? Of course we are. We’ve already started.”

The keyboard wasn’t the only thing Apple unlocked. Data can now be shared between non-Apple apps, which wasn’t allowed before. Companies like Google had to build workarounds to share data between its apps, but that is no longer the case. If you ever wanted to add an Instagram filter directly in the Photos app, you will soon be able to do it. You will also be able to share that photo directly to Instagram, instead of having to jump from Photos, opening Instagram, and importing the photo. You can share to Pinterest, or Facebook, or anywhere else who takes advantage of the sharing API.

Apple also released an API that will allow widgets to be placed in the notification center. For the first time in iOS, widgets for things like sports scores from ESPN and news alerts from CNN will be one swipe away.

Touch ID, the fingerprint technology introduced in the iPhone 5S, may have just been made invaluable—because Apple will finally release the API for it. With iOS 8, you will be able to lock specific apps with Touch ID, bringing a higher level of security to iOS than ever before. Don’t worry, your fingerprint data won’t go to the app—a decision will be relayed from a secured part of your iPhone’s processor where your fingerprint data is stored letting the app know if it can be unlocked or not.

What is astounding about all of these new features is they were all things Apple was fundamentally against as recently as last year. If you asked anyone who worked with or covered Apple in 2012 if they expected widgets to be introduced, they would have laughed at you. The same goes for third-party keyboards.

The walled garden around iOS has been standing since Steve Jobs introduced the iPhone in 2007. It seems as if Tim Cook has finally realized letting people enter the garden won’t cause it to die. It may actually flourish.

Photo via Mario Hernandez/Flickr (CC BY 2.0)