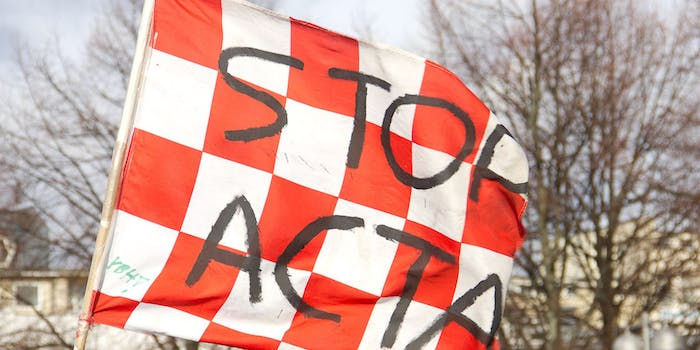 It’s sometimes overwhelming trying to keep track of the European Union’s member countries deliberations on the Anti-Counterfeiting Trade Agreement (ACTA). The measure has been criticized for potentially giving unchecked spying power to world governments and has been a source of seemingly endless debate in Europe.

The Netherlands, at least, has had enough.

With a series of resolutions Tuesday, the country’s House of Representatives not only pledged to never sign ACTA, it also vowed to never to sign trade agreements like it.

The resolution succinctly declared the same criticisms any ACTA opponent would tell you:

“Strict enforcement of intellectual property on the internet is no solution for the ongoing difficulties regarding copyright law and interferes with internet freedom.”

ACTA has already been signed by the U.S., Canada, Australia, and Japan. A number of European governments, including those of Germany, and Bulgaria, have at various times appeared to staunchly oppose the agreement.

The EU is expected to vote on formally adopting ACTA in July. Though the EU’s own dedicated advisor recommended against signing the agreement, some experts fear that’s not enough to dissuade countries from voting for it.

Either way, the EU  will certainly be aware of ACTA’s unpopularity. Activists in dozens of European cities are coordinating protests on June 9.