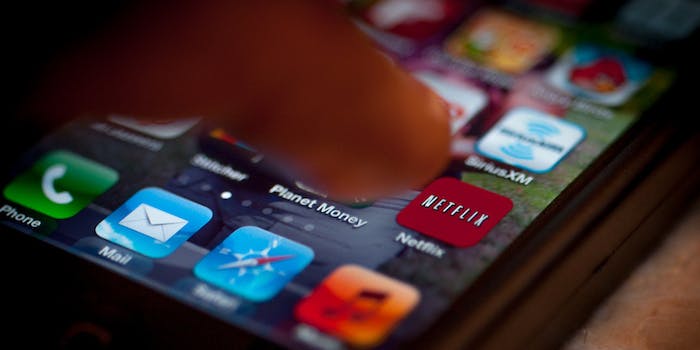 76,897 genres and 1 very human touch: How Netflix knows you best

Brick-and-mortars like to complain it's Netflix’s low-prices they can’t compete with, but Netflix truly shines thanks to its humanistic approach to gauging customer behavior.

With Netflix genres reading like winning answers to Cards Against Humanity, it’s become something of a cultural norm to both point out ridiculously specific existing categories, and conjecture upon the ones that could have been. But as The Atlantic’s Alexis Madrigal reports, Netflix’s colossal 76,897 genres aren’t just the work of well-programmed algorithms optimized to incite a chuckle; it’s the company’s very human approach to programming those algorithms that sets it apart.

With genres as specific as “Understated Independent Workplace Movies” and “Critically Acclaimed Slice of Life Documentaries,” it should come as no surprise that it was the work of humans, and not just super-computers, but as Madrigal uncovered, the science behind the science is far more precise than imagined. Real-life movie taggers receive a 36-page document teaching them how to tag each viewed film with oodles of metadata: ratings on everything from romance and gore to plot conclusiveness and character morality.

The document, once called “Netflix Quantum Theory” by VP of Product Innovation Todd Yellin, digs so deep into everything that makes up a movie (characters’ jobs, movie locations, even social acceptability of the leads) that it’s impossible to not find some overlap between the movies you view, even if you watch a romantic comedy one week, and a gory slasher film the next. By combining similarities in these meta-attributes with viewers’ own ratings, Netflix is able to make the smartest recommendations—through characteristics you may not even have realized you cared about.

They may not specifically call you out on your proclivities for, say, romantic feel-good endings to apocalyptic sci-fi films that when they give you the latter genre, but they are ever tailoring their own tailoring, to make your recommendations inherently you.

The increasingly precise recommendations algorithm has made Netflix a formidable opponent in the streaming and DVD rental business. Brick-and-mortar retailers like to complain that it’s Netflix’s low-price strategies and direct-to-doorstep business model they can’t compete with, but Netflix truly shines thanks to its humanistic approach to gauging customer behavior.

Given its recent successful dips into original programming with House of Cards and Orange Is The New Black, Netflix may also be using its vast expanse of metadata to make its own programming even smarter. While metadata can’t create a show, it can give Netflix’s development executives (many of whom are being quietly lured away from big TV and film production companies to join the online giant) a distinct advantage into viewer preferences that focus groups just can’t.

Madrigal’s article takes a very deep, and at times confusing, dive into Netflix’s immense selection of genres and subcategories (and provides a fun generator to create your own Netflix genres in three modes: ultra-niche, Hollywood-cliche, and Netflix-style), but one thing is quite clear. For a company that sets itself apart by how quickly it can engineer algorithms to emulate the preferences of many, its true disruption comes from the fact that those algorithms aren’t based on numbers, data, and course-corrected crunching, but rather, the very simple idea that to be able to predict what people want, you really have to know people.