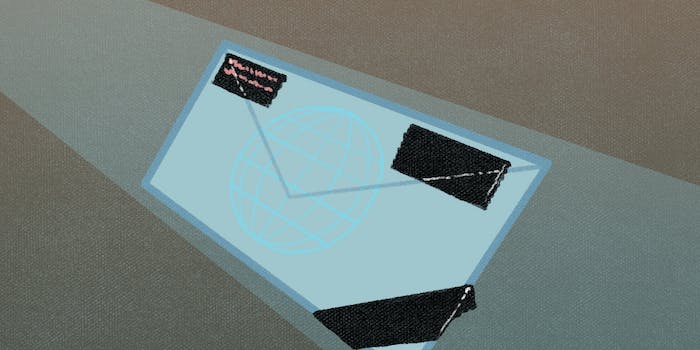 Big Cable and its allies will do anything to win.

The anti-net neutrality argument suffered a major blow late Tuesday when evidence emerged that a conservative group had faked a massive trove of emails to members of Congress.

The office of Rep. Jackie Speier (D-Calif.) discovered that many of the people who had supposedly sent emails to their representatives opposing the FCC‘s new rules “didn’t recall sending them.”

The emails were part of a campaign by the conservative group American Commitment, led by former Koch Brothers lieutenant Phil Kerpen. American Commitment said its anti-net neutrality campaign had driven 1.6 million messages from constituents to lawmakers, but there is good reason to believe that those messages were created and delivered fraudulently.

Lockheed Martin, the company that manages many of the contact forms on congressional websites, sent lawmakers’ offices a memo last week raising concerns about the anti-net neutrality messages’ legitimacy.

“A vast majority of the emails do not appear to have a valid in-district address,” Lockheed said in the memo, according to a copy that Rep. Speier’s aides shared with Politico.

Kerpen denied faking the emails and put the blame on other like-minded groups, telling Politico, “We’re aware that other groups used identical language [to ours] in their campaigns, and we cannot speak to those efforts.”

Speier was furious at the possibility of an astroturfing campaign.

“This is identity theft,” she told Politico, “but instead of impersonating for financial gain, the originators of this theft are striking at the heart of our representative democracy.”