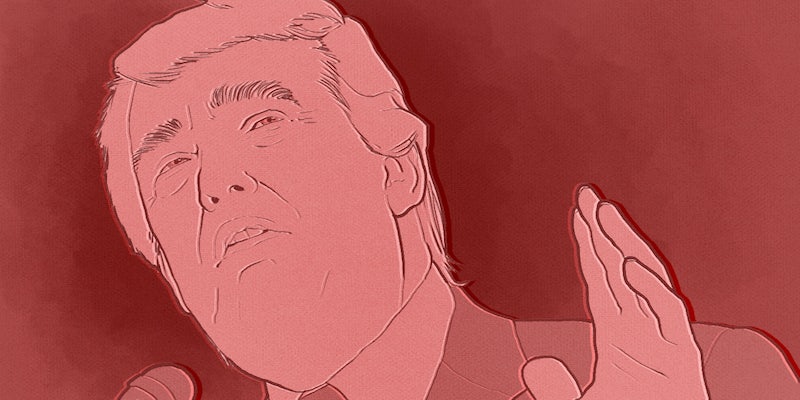 'The Apprentice' will still air, though.

NBC and Univision are responding to Trump’s remarks, made during his presidential campaign announcement, that Mexican immigrants to America are “rapists” and criminals.

“At NBC, respect and dignity for all people are cornerstones of our values,” the company said in a statement. “Due to the recent derogatory statements by Donald Trump regarding immigrants, NBCUniversal is ending its business relationship with Mr. Trump.”

“To that end, the annual Miss USA and Miss Universe Pageants, which are part of a joint venture between NBC and Trump, will no longer air on NBC. In addition, as Mr. Trump has already indicated, he will not be participating in ‘The Apprentice’ on NBC.”

Trump stood firm in the face of the latest fallout from his comments. “Mr. Trump stands by his statements on illegal immigration, which are accurate,” said a spokeswoman for his campaign. “NBC is weak, and like everybody else is trying to be politically correct—that is why our country is in serious trouble.”

Trump said in a statement from his campaign that he would respond with legal action.

“If NBC is so weak and so foolish to not understand the serious illegal immigration problem in the United States, coupled with the horrendous and unfair trade deals we are making with Mexico, then their contract violating closure of Miss Universe/Miss USA will be determined in court,” he said.

NBC will continue to air The Apprentice, a business-reality show previously hosted by Trump. Trump said that he would stop hosting the show when he ran for president.