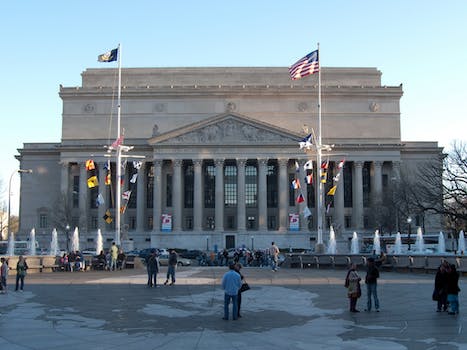 Rewrite the Constitution’s Preamble in 140 characters

We, the people, are challenged by a National Archives contest to condense those 52 words into a tweet.

The Founding Fathers never had to worry about hashtags or a character limit when they wrote the Constitution 225 years ago, but a new contest from the National Archives will bring the Constitution into the Twitter age in time for Constitution Day, Sept. 17.

On their official blog yesterday, the National Archives announced a contest challenging participants to rewrite the Constitution’s Preamble in 140 characters or less.

“Five people worked together as the Committee of Style to polish and refine the 52-word Preamble, a paragraph that provided the reasons and purposes behind the creation of the Constitution,” they wrote. “In fact, one of the greatest phrases of the Constitution comes from the Preamble: ‘We the People.’ Could any other wording express the emotions and the meaning behind the four-page Constitution better than these three words?”

The actual Preamble has too many characters to fit in just one tweet, so the National Archives wants you to shorten it as few words or characters as possible while still keeping the meaning intact. They promise that the original Preamble won’t be replaced with an abridged version; it’s just a fun way to think about the Constitution.

You can submit as many times as you want, so if you think of something better after you hit that “Tweet” button, just send another one over.

You’ll have to put hashtag #Preamble in your tweet for the judges to see it, so you’re already 10 characters down even before you start brainstorming. You can also participate on Tumblr by commenting on their Tumblr post.

The contest runs until Constitution Day on Sept. 17, which celebrates the 225th anniversary of the Constitution’s ratification. One winner, chosen by the Archivist of the United States, will receive a pocket-size Constitution from the Foundation for the National Archives.