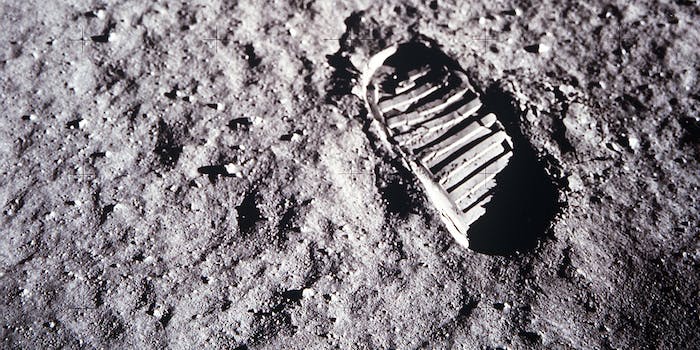 NASA just made it possible to 3D-print your own asteroid

NASA has a lot of free time these days, apparently.

NASA has released a collection of files that will allow you to 3D-print a number of space-based objects including satellites, probes, asteroids, and 3D models of the surface of the moon and Mars.

In a move, first spotted by CNET, that seemingly serves no useful purpose, NASA unveiled the 21 models, which can be printed at a whopping four inches in the longest dimension. The space agency won’t object if you want to make changes to their models, stating that it knows “3D printing often involves trial and error. If you have to make adjustments or changes when printing these models, please share your experience with us.”

Hopefully the brilliant minds at NASA are working on bigger and better things than really cool paperweights, as America currently has no way to get to the International Space Station other than Russia, who the U.S. isn’t on the greatest of terms with. But who wants to actually go to outer space when you can bring outer space to your desk?