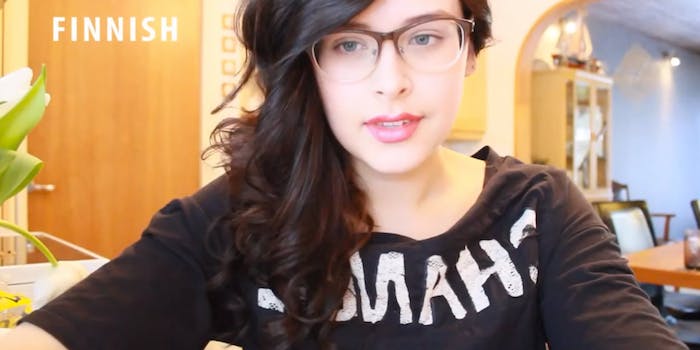 The plan to rebrand the company comes six weeks after announcing its first TV show for HLN.

Online entertainment company My Damn Channel is reinventing itself.

Founders Rob Barnett and Warren Chao announced today that they are relaunching the comedy network into Omnivision Entertainment, which would expand across both traditional and digital media platforms.

The plan to rebrand the company comes six weeks after announcing its first TV show for HLN, Videocracy, a show where a host and panel will talk about social media stories.

For Barnett and Chao, the rebranding was made necessary by the company’s rapid growth.

“Warren and I both left traditional media to build a major media company focused on the future of entertainment,” Barnett said in the press release. “Seven years later, traditional, digital and social media companies are forging powerful partnerships with a united vision to earn passionate fans and build thriving businesses together.”

Omnivision Entertainment already announced its first new move following. The company has signed Sara Maria Forsberg, a 19-year-old Finnish YouTube star who already has more than 10 million views and is set to make her American television debut on Ellen next week

Barnett and Chao founded MDC in 2007, and since then, it’s grown into a comedy network featuring hundreds of channels. Its most famous partner, Grace Helbig, parted ways with the company at the end of 2013.