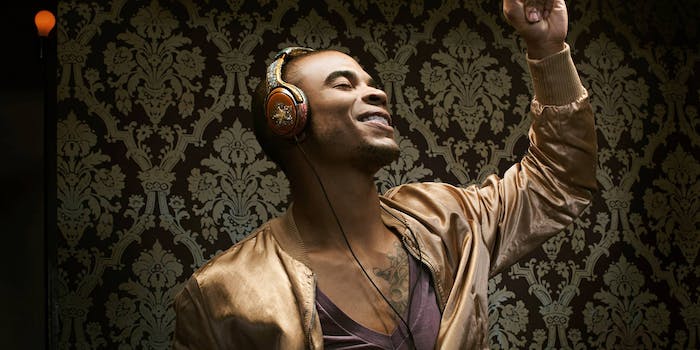 Study says music and coffee are the best Monday motivators, while sex lags behind

Spotify finds out what motivates you.

Mondays are stereotypically terrible; the struggle to get up and take on a week of school or work is real. To see how different motivational tactics help adults get through Mondays, market research company Ipsos, in partnership with Spotify, tried to quantify #MondayMotivation, and found that music can be a powerful motivator.

According to a study of 3,005 adults across the U.S., Australia, Brazil, France, and Sweden, 64 percent of people have little or no motivation on Mondays.

To find that drive to take on the day, some people turn to music, which the study found is almost as motivating as coffee. Forty-four percent of respondents get motivated with music and 46 percent with coffee. The study also analyzed other popular motivators, including food and exercise, which 33 percent and 28 percent of people, respectively, find motivating.

Sex is apparently not as inspiring as other factors in this particular study—a meager 19 percent of respondents consider sex a Monday motivator.

So people mostly agree that music and coffee are equivalently stimulating, and although the study proves it, it doesn’t really give us a reason why. However, previous research may answer that.

Listening to music releases dopamine in the brain, the chemical associated with reward-motivated behavior. Dopamine is also released when we have sex, eat, or sleep—humanity’s fundamental survival activities. Additionally, listening to music can improve your mood if you’re listening to it with the intention of becoming happier.

According to Elena Mannes, author of The Power of Music, research shows that music is more stimulating to our brains than other activities, and we begin responding to music and rhythm as soon as we are born.

So the next time caffeine isn’t totally doing it for you, put on your favorite tunes to gear up on Monday. You might feel a bit more motivated going into the week.