This kind of thing never happens, except when it does.

You don’t have to look very hard to find a failed tech companies. Everyday, some startup collapses under its own weight or fails to make an impression before running out of capital. There are a million ways a business can disappear, and it very nearly happened to Munitio.

Munitio makes top-of-the-line personal earphones, as well as over-ear and on-ear headphones. I can vouch for their quality because I have a pair of Munitio Nines earphones that I’ve used through my daily summer bike rides since 2011, and have survived many an unplanned trip through my washing machine. “I am very meticulous about the design, sound performance, manufacturing, all the way to every detail on our box,” Daniel Massaro, CEO of Munito tells the Daily Dot. “I am just as meticulous when it comes to my brand image.” 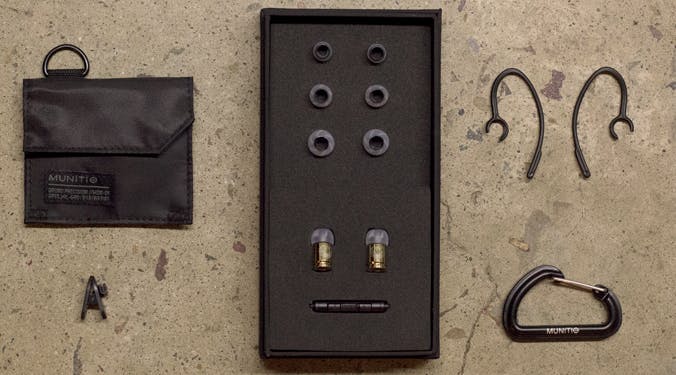 That commitment to quality shows, all the way down to the packaging choices for something as simple as a pair of earphones. Every set is carefully laid out in a protective foam casing before being secured in the retail box. Each of the tiny rubber ear adapters is given its own perfectly-cut recess in which to lay, the Kevlar-reinforced cables are tucked away neatly, and the thick black cardboard housing almost feels too high-quality to toss into the recycle bin alongside greasy pizza boxes and soda cans.

It’s the very definition of premium, and that’s just what Massaro has always wanted for his brand.

Like Apple, Rolex, or Mercedes, Munitio isn’t shy about being significantly more expensive than something you might pull off the shelf at a local department store, but Massaro wants you to know why you’ll never see the Munitio logo in a bargain bin. The price isn’t driven high by artificial inflation, but by the titanium, leather, alloys, and 24k gold that goes into Munitio’s products.

In 2011, when I purchased what seem to be an everlasting pair of earphones, Munitio was acquired by a much larger company. As startup stories often go, a larger suitor can look very appealing thanks to the promise of established distribution channels and larger market presence. Sometimes this pairing works out in the favor of both entities, and sometimes it doesn’t. For Munitio, it was the latter.

After the product development cycle had wrapped up, Munitio’s new owners wanted to move as fast as they could to push the product into stores. Not wanting to be seen as a needlessly high-priced competitor in the already crowded personal audio market (and not willing to let the company die a premature death), Massaro had a serious problem on his hands. “I was no longer happy with the direction Munitio was being marketed and distributed,” he says. “The former owners of Munitio have a extensive and impressive background and expertise in distribution, which I highly commend. However, they didn’t have much experience with developing a premium brand.”

So Massaro did something almost unheard of in the wake of a startup acquisition: He tried to buy his company back. 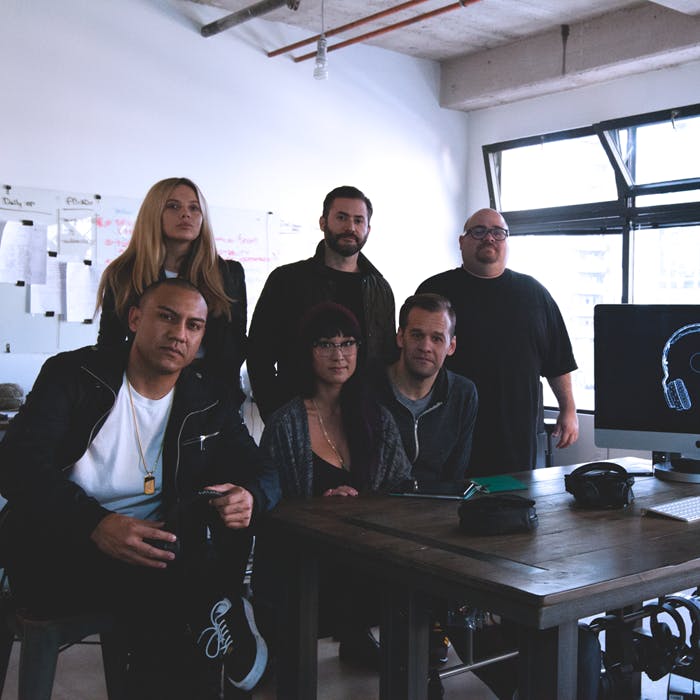 “After countless sleepless nights, I knew my purpose and was willing to risk everything for the opportunity to buy back my company,” Massaro says. “I gave up the corporate security I had under the former ownership to continue my vision for the brand conceived out of my garage with my own hands. Munitio isn’t just a headphone company, but an imprint of my life experiences and travels.”

But buying back something you created isn’t as easy as simply asking for it. Negotiations, negotiations, and more negotiations meant that Munitio, for a year’s time, was hanging precariously by a thread. With the company’s owners knowing that Massaro wanted his company back, no further business could be carried out under the Munitio name. Munitio was, in essence, frozen solid.

After a year of back-and-forth with the very people who had bought his life’s work just a few years earlier, Massaro finally got word in late 2014 that his company would be his again. The terms of the deal weren’t shared with the Daily Dot, but Massaro says that purchasing Munitio back and working with a much smaller team has taken everything he has.

Essentially, he’s working from scratch, but Massaro has one driving force for the company: To make sure Munitio’s products are the best. On Feb. 23, Munitio launched its first ever Kickstarter campaign, betting the entire future of the brand on those who remember how good its products are.

The company’s goal was $125,000. It reached that in four days, and has now more than doubled it, with time still left on the clock.

The PRO30 on-ear headphones are Munitio’s saving grace, and serve as the focal point of the company’s Kickstarter relaunch effort. A more compact counterpart to the PRO40 over-ear headphones that were already popular among Munitio fans prior to the company’s freeze, the PRO30s are sleeker and more nimble.

By purchasing the company back, Massaro also acquired the remaining stock of Munitio gear—PRO40 headphones and Nines earphones—that had been frozen during negotiations. That stock along with a full production run of the freshly minted PRO30s are what fans, newcomers, and seasoned audiophiles are salivating for as we approach the end of Munitio’s hugely successful, crowd-funded rebirth.