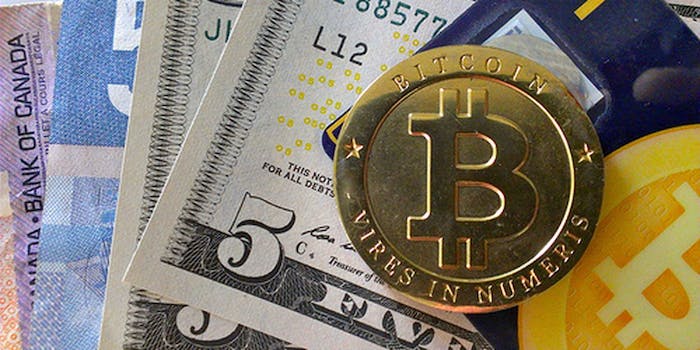 Users of Mt. Gox can no longer remain anonymous—what does this mean for Bitcoin?

As the feds make their case against Liberty Reserve, allegedly the biggest online money laundering scheme in history, the world’s leading Bitcoin exchange is eagerly trying to distance itself from such activity.

Mt. Gox announced Thursday that it would start verifying all currency deposits and withdrawals that occur within the Tokyo-based Bitcoin exchange’s website. Bitcoin to Bitcoin transactions will continue to remain anonymous, but from now on all transactions that involve traditional, government-backed currencies will need to be attached to an identity.

“The Bitcoin market continues to evolve, as do regulations and conditions of compliance for Mt. Gox to continue bringing secure services to our customers,” reads an apologetic sounding statement from the Mt. Gox website. “It our responsibility to provide a trusted and legal exchange, and that includes making sure that we are operating within strict anti-money laundering rules and preventing other malicious activity.”

Concerns over Bitcoin and its potential use as a vehicle for money laundering purposes bubbled to the surface this week after the arrest of Arthur Budovsky and his business partners, the creators of Liberty Reserve. Their company is accused in a federal indictment of laundering more than $6 billion for accused child pornographers, identity thieves, drug dealers, and other criminals.

Liberty Reserve was essentially allowing its clients to deposit and withdraw cash into a virtual currency without any sort of identity verification. This has raised concern about Bitcoin, since many prominent Bitcoin exchanges similarly lack verification. Bitcoin already has a somewhat unsavory reputation, with its widespread popularity in online gambling and black market sites like the Silk Road.

“Will prosecutors move on to shutting down Bitcoin?,” wrote Peter Cohan for Forbes recently. “After all the parallels between (Bitcoin) and (Liberty Reserve) are strong — both are virtual currencies that use an exchange to convert legitimate currencies into electronic ones.”

Proponents of Bitcoin are well aware that this decentralized currency is in the government’s crosshairs, but they draw clear distinctions between Bitcoin and Liberty Reserve.

It’s true that Bitcoin and Liberty Reserve both used a virtual form of currency, said Eric Voorhees of Coinapult, but what makes Bitcoin different is that it’s not the proprietary creation of a single company. Liberty Reserve could be shut down by the government because it was a single company engaged in illegal activity, but Bitcoin is a neutral technology whose legality is based on the how it’s used.

“Bitcoin has no company, and thus cannot die from this same vulnerability,” Voorhees told The Daily Dot.

Nevertheless, Voorhees advised Bitcoin-based companies to work toward compliance with money laundering and other applicable laws if they wish to avoid being targeted by governments. That’s why Voorhees and others are not surprised by Mt. Gox’s new verification policy. He notes the exchange already required verification on large monetary transactions.

“This policy shift was expected,” he said. “Every Bitcoin company, once it reaches a certain size or gains a certain amount of publicity, will have to comply with the [anti-money launder/know your customer] laws that are enforced upon any financial institution. While Bitcoin cannot be regulated, and Bitcoin accounts and payments cannot be infringed upon, Bitcoin companies are a different matter, and everyone should expect that they will comply. I’m sure Gox would’ve implemented this policy sooner or later.”

But the question now becomes how effectively will Mt. Gox handle the transition. In its statement, the company said it had been working for two months to beef up its verification staff to keep pace with the increased demand, expecting to handle most verification requests within 24 to 48 hours.

In the past however, the world’s largest Bitcoin exchange has struggle to keep up with the currency’s rapid growth. Bitcoin’s value took a major hit last month when the Mt. Gox exchange was shut down by a combination of cyberattacks and the network’s inability to keep pace with an explosion of interest in Bitcoin.