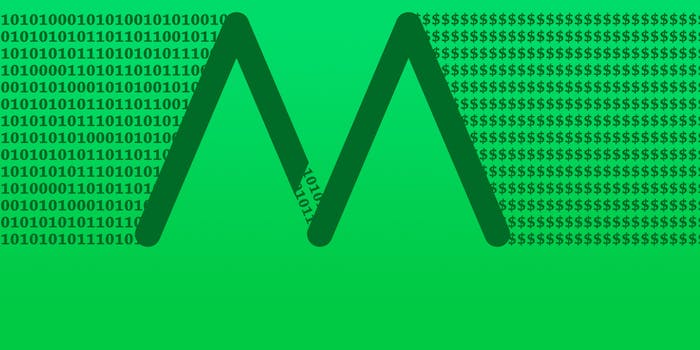 A few weeks ago, Facebook purchased fitness app Moves, a small-but-adored activity tracking startup created by a Finnish company called ProtoGeo. With the purchase, Moves went from a beloved underdog to a fitness tech app capable of rivaling the likes of FitBit and Runkeeper. It also gave a potential opening for Facebook to enter into the burgeoning fitness tech market.

Moves took immediate steps to assure users the purchase did not mean they had to worry about Facebook accessing all of their personal data. Moves emphasized, in a blog post and a tweet, that the company had no plans to “commingle data with Facebook.”

.@imdiane We have no plans to commingle data with Facebook. Moves will remain independent.

Classy. @movesapp, ten days ago: “there are no plans to commingle data with Facebook.” https://t.co/iVly8xq7KZ Today: pic.twitter.com/xEkMizLLwo

This news should surprise no one—it’s only logical for a parent company to want to use data a company it purchased has on offer. Indeed, Moves’ data could be enormously helpful to Facebook, since it provides detailed information about user activity, specifically offline body activity that Facebook has not had access to in the past.

Still, the way this data-swapping decision came to light hurts both Facebook and Moves. Why not be upfront about how the data was to be shared? As Buzzfeed pointed out, a cached version of Moves’ old privacy policy notes the company will alert users to changes in the policy via email or the company’s Twitter account. Neither of those things have happened.

This decision makes Moves and Facebook look shady—like they’re trying to sweep the policy change under the rug.

Not only could this course of action alienate Moves users, it casts Facebook’s claims that it leaves other acquisitions alone in a less credulous light. And finally, it proves the people who expressed skepticism that the companies would keep their data separate right, further eroding user trust.

Updated 2:12 EST: A Facebook spokesperson clarified that they do not believe “commingle” and “share” to be synonymous. Here’s the explanation: “Commingling, or merging, data would allow us to identify Moves users who are also Facebook users – we have no plans to do that. In other words, Facebook is not adding Moves user data to a Facebook user’s Facebook account. But, Facebook will be providing support and services to the Moves app and to be able to do this, we have to have access to the data that Moves already collects from its users – which is ‘sharing’ data,” a Facebook spokesperson told Daily Dot.  “In order to support the provision and operation of the Moves app, Facebook will need to have access to the Moves data. Such support for Moves may include performing technical maintenance and developments of the service that improve your experience with the app.”

This makes it even more odd that they wouldn’t have established this from the beginning.