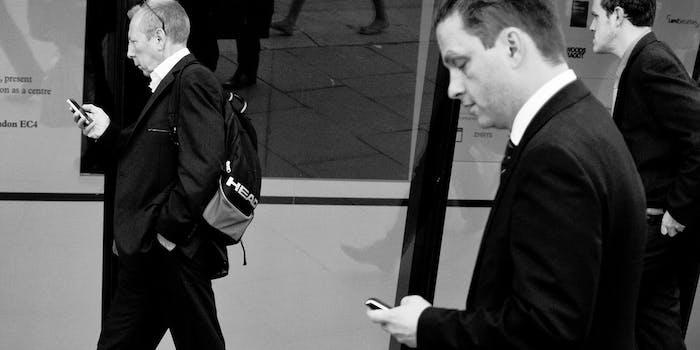 Brokers will now be able to write their own tweets, but they're not going to be posted straight away.

Morgan Stanley, the international banking company, is finally allowing its bankers to start writing their own tweets, reports Reuters.

Brokers at Morgan Stanley were previously barred from tweeting out self-penned messages, and instead had to send out scripted messages written for them by the company.

But now, the banking giant has relented. Morgan Stanley brokers were told yesterday that they’ll soon be able to send tweets of their own. There’s still a catch, though, as advisers will need to meet several conditions before they can send their first self-penned tweet.

First off, brokers need to take an online training course that will apparently take around 20 minutes. After that, Morgan Stanley will check that they have at least 15 followers. (It’s unclear why they set the threshold at all, let alone at such a relatively low bar.) Passing both of these requirements will mean that brokers can finally start writing their own tweets.

After writing a tweet, it will be sent off to a supervisor, who will check the message over. Approval for tweets will come within several hours, says Valentina Chtchedrine, Morgan Stanley’s executive director for digital marketing strategy.

In total, some 1,300 Morgan Stanley employees have been approved to use Twitter, according to Reuters, while 6,500 have LinkedIn privileges.

Bankers have gotten used to restrictions over how they use social media. While most international firms bar their employees from tweeting in case an errant stock tip slips out, some brokers around the world have taken to tweeting anonymously.