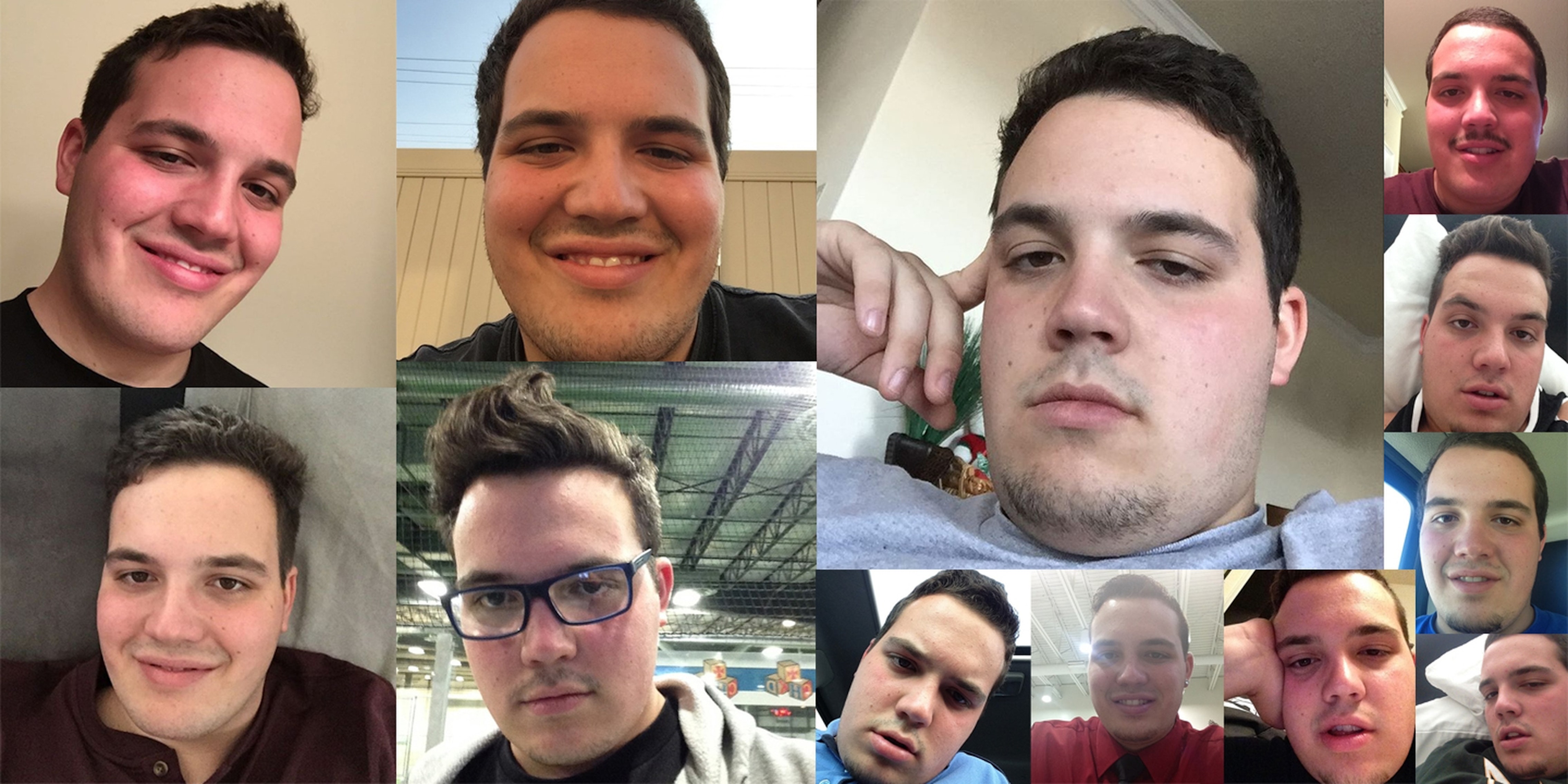 It's the users, not the apps or their creators, who ultimately decide just how intimate the content should be on video apps.

“Picture the Standard Hotel above the High Line,” Demir Gjokaj, CEO of the video-editing app Montaj instructed me from his office on Brooklyn’s Flatbush Ave., referring to the 18-story tower in Manhattan’s meatpacking district.

“You create a glass box above a public space and what’s the first thing you’re going to get?” he paused, letting the question linger.

“People having sex in the window.” 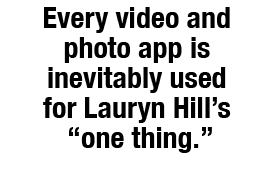 Is it better to gain the publicity with racy content or lay low and build a consistent G-rated base?

Montaj is still straddling the fence.

Before Vine, Gjokaj (pronounced: Joe-Kai) said the app industry had declared the video space dead. No one wanted to use video on their mobile device, they claimed. Last month, however, tech media reported that Vine is now more popular than ever on Twitter, reaching 13 million downloads on iOS, and Facebook countered by adding a video component to Instagram.

“Vine helped us and everybody,” Gjokaj said of the Twitter app, which has a hard limit of six seconds. “The way I look at the video app space, including Vine, is there’s 500 boats like minnows in this little pond and we’re all working on the same problem, which is how to get people to speak the language of video and engage with video. Vine, which is just a totally clean app, made the tide rise for all the boats in having people realize video is alive and people still want video solutions.”

It’s not easy to be one of those boats. The rejection, like the competition, is fierce. “You really need to believe in your central thesis,” he said of app creators. 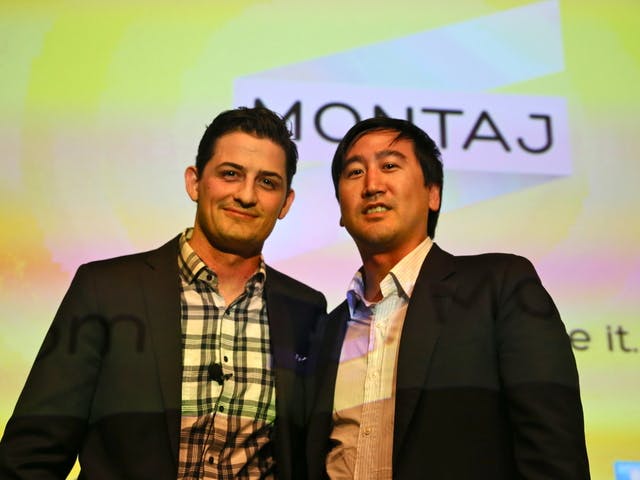 Three years ago, there were really only two approaches to video apps: One was converting the desktop-editing experience to mobile (iMovie for your iPhone), which came through apps like Splice and Reel Director. The other approach was an “Instagram for videos” set-up (before that was a reality), like Cinemagram, which has become a social network of sorts for GIF artists.

With Montaj, users film 12-second (or longer) clips using their phones and have the option to edit them into an order themselves, or shake their phone and have the app do it intuitively. Users can also add filters, music, and voiceovers.

“We want people’s content to look as good as the TV and film they watch,” Gjokaj said. “We’re not going to create a new, cutesy format like Cinemagram or Vine. Your shit’s going to look like a movie.”

The arrival of Instagram Video in June changed the game. More than 5 million Instagram videos were shared in the first 24 hours the feature was available. The service has some distinct benefits: the 15-second clips can be shared easily on Instagram and Facebook, but Montaj is arguably more sophisticated in terms of user flexibility and editing options.

“The amount of smartphones with the ability to create video against the people who are creating video is actually fractions of a percent,” Gjokaj noted. “We are all losing. Being jealous of Vine [or Instagram Video] is like, we’re all standing in the middle of a goldmine and none of us have tapped gold. There’s gold all around. Being a hater like that would be missing the point. Get digging.”

Montaj currently has roughly 400,000 users, was recently featured as “New and Noteworthy” in Apple’s app store, and has a few celebrity investors, most notably former Entourage star Adrian Grenier. But it’s lagging behind the competition.

“Instagram Video is both really good and sort of scary for us,” Gtokaj said in a followup email. “It’s really good because it validates our entire thesis that video is headed towards storytelling from clips, which we’ve been saying literally for years now. And its good because it’s training millions of users to make and love video creation. It’s scary in that it means that our lead is shortening against the competition.”

Where other apps have rushed toward major launch events, Montaj has been playing the long game, working with a small base of dedicated users and attempting to perfect the product.

Now with the entrance of a new major player, Gjokaj feels the urge to court more users. It might be time for Montaj to close the curtains and dim the lights.

Montaj doesn’t want its users’ “home videos” getting into the public sphere and onto users’ feeds, like what happened with Vine’s mistaken editor’s pick.

“From a public perspective, there’s no dark side to Montaj,” Gjokaj said. “Advertisers don’t want, let’s say, the Oreo brand to be next to a video of somebody lighting their fart on fire. They want to know that they’re paying for inventory that is brand appropriate, and we do that.”

Montaj has its own flagging system for X-rated content, which allows users to report inappropriate content, and it also relies on YouTube’s censorship system. (Montaj videos that users choose to make public get uploaded from their phones onto the video-sharing site.) Likewise, Instagram Video does have a strict “no nudity” policy, but there’s been no information about how it’ll be enforced, likely because any effort will be inherently flawed. 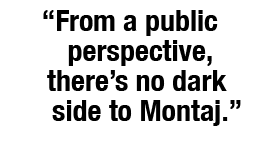 As has been proven with YouTube, where there’s a will, there’s a way. When a video gets pulled, a mirror emerges, and when an account gets banned, another is just as easily created. It’s an exhausting, cyclical problem, one that can be improved with keyword filtering and a diligent staff but never fully resolved. As the Dot reported in March, it would cost YouTube an estimated $35 billion a year to monitor content.

Gjokaj has never actually seen any of his user’s Montaj sex clips, but he loves the way people he would have otherwise no connection to bring Montaj into their lives. He’s especially moved by a recent upload where a woman stylized her quiet weekend at home with her husband and young kids.

“There’s so much feeling in it,” he said. “You see through her eyes how she feels about her husband or the kids. That kind of personal storytelling? You can’t get it from Vine. You can only get that when it’s intentional story creation.”

In the end, however, it’s the users, not the apps, that decide just how personal those stories become.