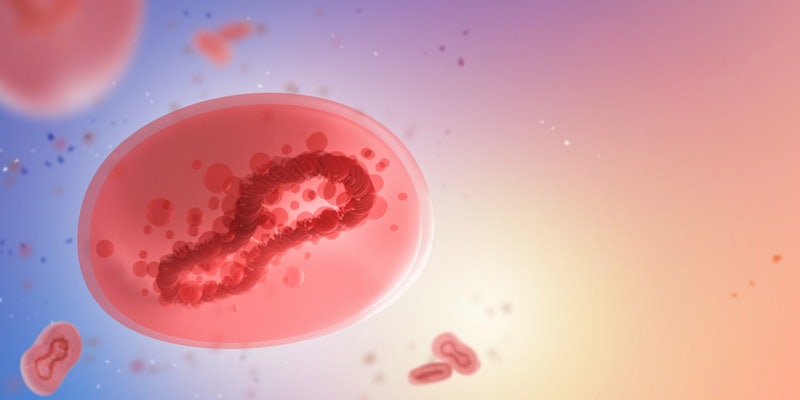 Many point to the New York City vaccine requirements as 'proof.'

The monkeypox outbreak is fueling a surge of homophobia that is seeping into the far-right’s obsession with pedophilia in the gay community. It’s a perfect storm, with people using a willful ignorance of how the disease is spreading to imply the LGBTQ community is full of “groomers.”

Many are additionally comparing the bigotry surrounding monkeypox to that of the HIV/AIDS crisis in the 1980s and 1990s.

Monkeypox was first identified in research monkeys in 1958, according to the Centers for Disease Control and Prevention (CDC). In spite of the name, the exact origins of the virus are unknown.

The virus is extremely similar to smallpox, though less deadly. They’re so similar, in fact, that the smallpox vaccine is 85% effective at preventing infection, per the World Health Organization (WHO). People or kids who have been vaccinated within the past three years are likely protected.

More than 2,500 cases have been identified in the United States in the largest monkeypox outbreak in decades. The WHO has tracked 16,000 cases in more than 70 countries worldwide. Over the weekend, the WHO declared monkeypox a global health emergency.

The CDC reports that the virus is spread by contact with infectious scabs, rashes, and bodily fluids; via respiratory droplets during prolonged face-to-face contact; and touching clothing or items that have touched infected fluids or scabs. You can contract it from humans or animals, such as rodents. Pregnant people can also spread it to their fetuses.

There is no link between homosexuality and monkeypox, but men who have sex with men are deemed to be particularly at risk in this outbreak. Public health experts have theorized this may be because large LGBTQ Pride events in June facilitated its spread, according to NBC.

Many blaming gay men for monkeypox point to New York City’s requirements to get the vaccine as “proof.” To be eligible for the vaccine in the city, you must be a “gay, bisexual, or other man who has sex with men and/or are transgender, gender non-conforming, or gender non-binary.” You also must have had multiple or anonymous sexual partners in the last two weeks. The CDC itself doesn’t restrict eligibility by such parameters.

Others are falsely describing monkeypox as a sexual transmitted disease (STD) or infection (STI). And now with some children having tested positive for monkeypox, far-right figures are jumping on the news to push their narrative of their groomer panic, where people are falsely equating being LGBTQ with a predilection for pedophilia.

Rep. Marjorie Taylor Greene (R-Ga.) is among them. “If monkeypox is a sexually transmitted disease, why are kids getting it?” she tweeted on Saturday, the implication obvious.

“Monkeypox is going to give us a great alternate measurement of the rate of sexual molestation,” wrote one.

One far-right conspiracy theorist went so far as to falsely claim that gay people are “raping babies.”

“We’re about to see a LOT more child cases, and that should concern everyone,” they wrote.

Many people are pushing back against these homophobic narratives.

But not everyone agrees on precisely how and what public health officials should communicate about the virus.

GLAAD, which advocates for LGBTQ acceptance and inclusion, published a factsheet for reporters covering monkeypox that recommended caution. “Reporting and messaging about any virus should focus on facts, not who people are,” it wrote.

“GLAAD urges public health officials and the media to elevate information that informs all communities to prevent and control the spread of viruses, and continue to work closely with vulnerable communities to inform and protect them without stigma.”

It also warned about the potential for creating stigma against LGBTQ people.

Many have pointed out the monkeypox backlash’s similarities to what the Guardian columnist Owen Jones described as “the cruel legacy” of the HIV/AIDS epidemic when gay people were ostracized, denied care, and worse due to fears of the virus.

But Jones argued that it’s more stigmatizing to pretend that queer men aren’t at greater risk of monkeypox, however, and advocated for targeted messaging and testing. Some people vehemently disagree with this position.

“The message that this is a disease spread by gay men will be used by fascists to further their BS ‘groomer’ agenda when it spreads to more and more children,” wrote one.