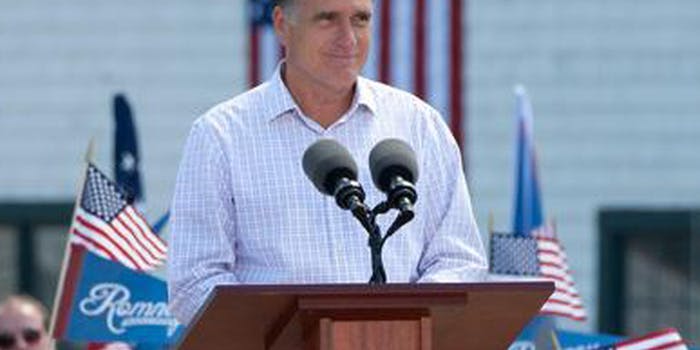 Between losing the presidential election Tuesday and when the Daily Dot took count on Friday, Mitt Romney lost an average of 847 Facebook likes an hour, totalling more than 50,000 former friends.

But now you can watch Romney lose friends in real time.

DisappearingRomney.com keeps real-time graphs to show how many Facebook fans Romney is losing. If you’re obsessively spiteful to the former Massachusetts governor, you can revel in all kinds of little details, like the fact that he can easily lose 10 likes in a second, or simply relish the little counter at the bottom that shows how fewer the number is since you loaded the page.

Occasionally, Romney’s numbers go up slightly. But wait a few seconds and they invariably quickly plunge to new depths.

Since Friday, Romney’s lost an additional 43,000 likes, and at this rate will be under 12 million in a few days. It’s unclear how much of this mass exodus is from conservatives who were never too keen on him and are eager to put his candidacy behind him, and how many are fake Facebook fans, an allegation he faced in September.

To be fair, not everyone on Facebook has abandoned Romney. He’s only updated his Twitter once since Friday, posting a new rally photo, along with the message “From the bottom of our hearts, Ann and I thank you for your support, prayers, efforts, and vote. We are forever grateful to every one of you.” More than 800,000 people have liked that photo.

A substantial number of the comments on that post, though, are just links to DisappearingRomney.com.