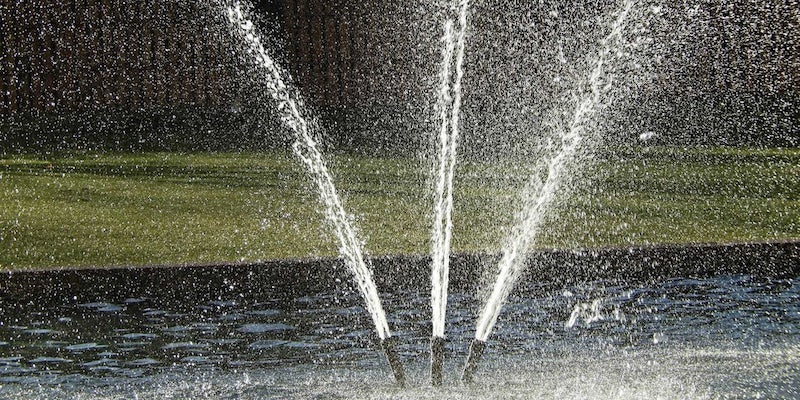 Photo via Jeremy Segrott/Flickr (CC BY 2.0)

Mitsubishi’s SeaAerial is an antenna made out of seawater—yes, you read that right

If you’re stuck out in the middle of the ocean, you probably won’t find the metal necessary to build an antenna. But as Mitsubishi recently proved, seawater could do the job just fine.

The electronics manufacturer developed SeaAerial, a low-frequency antenna made out of seawater that can transmit and receive radio signals just like a metal antenna. The company believes that SeaAerial could be the first of its kind to receive digital terrestrial TV broadcasts.

SeaAerial is an impressively simple device, consisting of just a pump and an insulated nozzle. Saltwater is pumped through the nozzle, creating a condensed jet of water blasted upward. That stream of saltwater serves as the improvised antenna that operates at a high enough efficiency to handle radio signals.

A test run with the device, which looks like a stream from a standard drinking fountain, was able to pick up television signals. It’s quite the feat for seawater, which is about 1,000 times more conductive than tap water but still significantly less conductive than most metals.

The potential uses for saltwater antennas—especially in the extremely portable form that Mitsubishi built—are impressive, especially due to the antenna’s portability and simple build.

There are plenty of military applications for this technology, so it’s no surprise that the United States Navy has been experimenting with the idea for some time now. The Navy has patented its own version of the concept, which is based on military research that dates back to at least 2009.