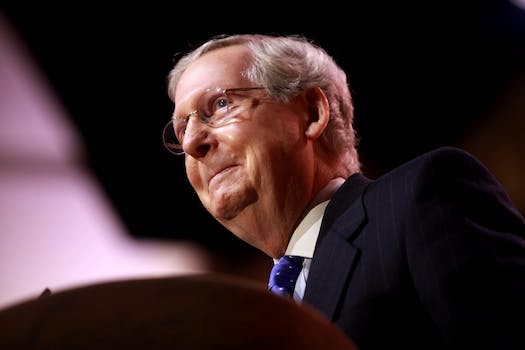 He's had a change of heart it appears.

Sen. Mitch McConnell (R-Ky.) wouldn’t consider Merrick Garland as a Supreme Court Justice, but on Tuesday he said he’d back him as a choice for the new director of the FBI.

Garland, the chief judge on the D.C. Court of Appeals, was nominated by former President Barack Obama to fill a vacant seat on the Supreme Court last year. McConnell helped lead Republican efforts to block Obama’s appointment by refusing to hold hearings in the Senate.

McConnell seemed to have a change of heart about Garland now that his potential job title would change—echoing several other lawmakers who have come out in support of the idea in recent days.

“I have spoken to the president about it–I recommended Merrick Garland,” McConnell said during an appearance on Bloomberg. “It may surprise people, but he has a deep background in criminal law, he was the prosecutor in the Oklahoma City bombing case, and I think it would make it clear that President Trump will continue the tradition at the FBI of having an apolitical professional.”

McConnell was asked if he thought having support from some Democratic lawmakers would help “legitimize” Trump’s FBI nominee.

“It would be good to have Democratic support,” McConnell said. “I think if he picks someone with a deep background in law enforcement who has no history of political involvement, a genuine expert and a reason I mention Garland–he’s an example of that.”

McConnell isn’t the only Republican who seems to back the idea of Trump nominating Garland for the now-vacant FBI post.

Instead of a special prosecutor, @realDonaldTrump should nominate Merrick Garland to replace James Comey.

While McConnell and other lawmakers think Garland would be a good fit at the FBI, he may not want the job.

NPR reporter Carrie Johnson tweeted on Tuesday morning that Garland does not intend to leave his current position.

BREAKING: Two friends of Merrick Garland tell me he "loves being a judge and he intends to remain on the bench" despite calls to run FBI.

You can see all of McConnell’s interview with Bloomberg here.