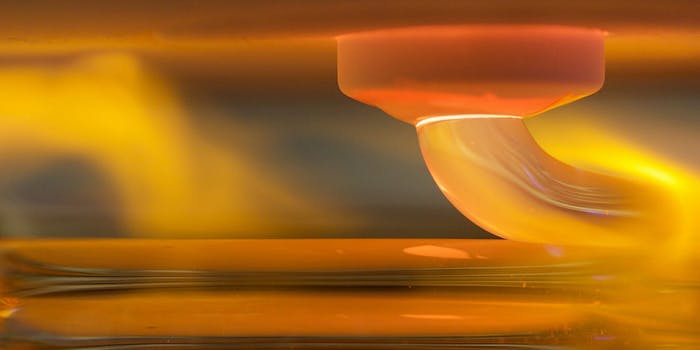 A new 3D printer sculpts objects out of molten glass

You wouldn't want one in your office, but this printer can create works of art.

Molten glass and computers don’t exactly mix, but leave it to MIT to make it work. A project from the MIT Glass Lab and the MIT Mediated Matter group has resulted in a 3D printer that uses liquid glass as its medium, and the results are absolutely stunning.

The new glass printing process, called G3DP, consists of a chamber to hold the super heated glass, a funnel and an alumina-zircon-silica nozzle. A 3D design program allows the MIT crew to model their intricate designs and then prompt the device to print them exactly as drawn.

The printer’s early attempts weren’t exactly works of art, and MIT’s video showcase of their work includes some of the more spectacular failures, but eventually the kinks were ironed out. 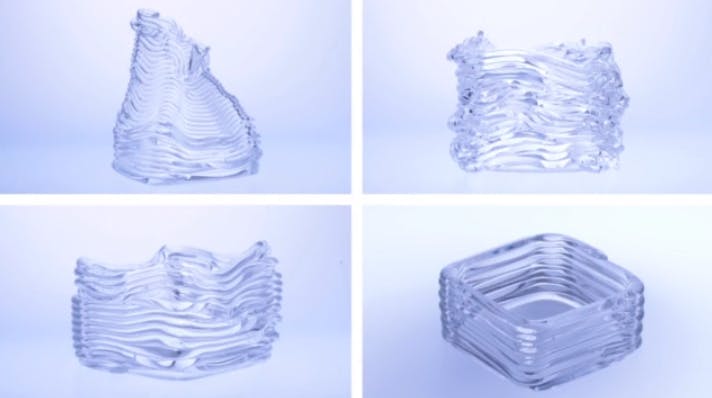 As you might imagine, it’s not the kind of thing that can be done in your home office. At 1,900 degrees fahrenheit, the molten glass requires lots and lots of fire resistant material and thick gloves, but the end results are most definitely worth it.