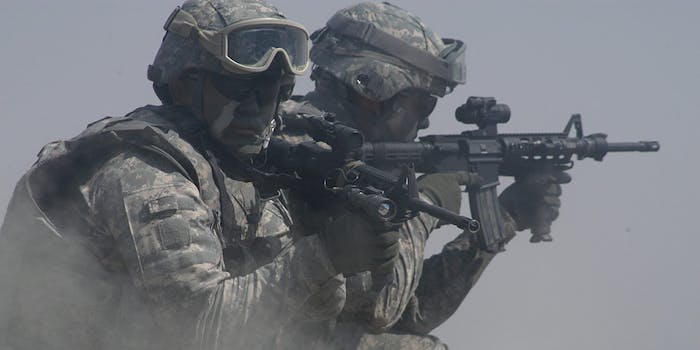 Young Americans support U.S. ground war with ISIS if someone else fights

But ISIS is far from the most important issue for Millennials.

In the days following the deadly attacks in Paris, a majority of young Americans said they support sending U.S. ground troops to fight the Islamic State in Syria and Iraq—as long as someone else does the fighting.

Leading up to the Paris attacks, the numbers were split evenly on support of an expanding ground war in the Middle East, though about 80 percent still said they would not serve in such a war.

Pollsters asked respondents the question twice, once before and once immediately following the attacks. The questions, which were asked in the new Harvard poll released Thursday, didn’t specify the scope or any other details of the kind of war the respondents supported.

Young Americans (age 18-29) said that the economy, job creation, health care, and education were all considerably more important to them than the fight with the Islamic State.