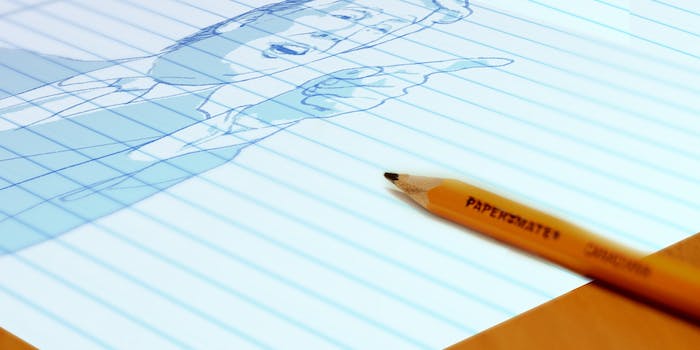 The man knows a good butt dance when he sees one.

Say what you will of Donald Trump‘s politics—the man knows a good butt dance when he sees one.

In a recent interview with the New York Times, singer Miley Cyrus revealed that the 2016 Republican presidential frontrunner called her to say just how much he enjoyed her controversial 2013 Video Music Awards performance.

“I was staying at the Trump Hotel and Donald Trump literally called and said, basically, ‘I know everyone’s talking about it, but I loved it,’” Cyrus said. “I had no idea anyone was talking about it yet.”

Cyrus’s performance with singer Robin Thicke rocketed to sensation status thanks to the now-22-year-old’s gyrations and, uh, tongue thing. “I became that girl—I was the face of twerking, which didn’t really matter,” Cyrus told the Times. “That wasn’t what it was about.”

Just as Cyrus is the face of twerking, Trump is the face of a conservative discontent with the status quo. The 69-year-old real estate mogul is dominating the GOP race for the White House with a healthy 13.2-point lead above his closest rival, according to the Real Clear Politics poll average.

Also like Cyrus, Trump has a knack for polarizing acts that have only helped raise his profile. Trump’s no-apologies rhetoric—he called Mexican immigrants “rapists,” for example, and implied that Fox News host Megyn Kelly is a “bimbo” after she grilled him during the first GOP debate—has seemingly only served to help his popularity with Americans who are tired of politicians who polish their language for the public.

So, what do you think, America: Trump-Cyrus 2016? Or does that just cross the line?