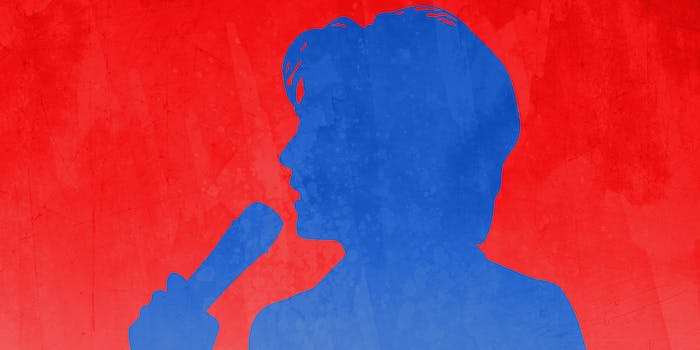 The FBI knows more than Clinton thinks they do.

The legal battle between Apple and the FBI collided with Hillary Clinton’s campaign on Monday, exposing a fundamental misunderstanding of the crucial issues at play by the Democratic presidential front-runner.

During a campaign event in Grand Rapids, Michigan, a local technology professional asked Clinton (at 14:00 in this video) about her perspective on whether Apple should comply with a court order directing it to help the FBI unlock a terrorist’s iPhone.

The former Secretary of State’s answer, which was first noted and transcribed by blogger Marcy Wheeler, is long and indecisive, offering sympathies to both sides of the argument raging over Apple and the FBI’s access to the iPhone of Syed Farook, who along with his wife killed 14 people and injured 22 others in San Bernardino, California, last November.

“Because I’m also very understanding of the position that law enforcement finds itself and and if any one of you were working at Quantico in the FBI lab, and you know, you had this phone that one of the terrorists in San Bernardino did and you wanted to find out who they communicated with and you know that could trace us back to somebody in this country, it could trace us back more clearly to somebody directing it overseas. You’d want to know that, too.”

Clinton’s sympathy for the FBI appears to be based on a significant misunderstanding of what kind of data the authorities already have, without compelling Apple to break into Farook’s iPhone.

In fact, the FBI knows who the shooters communicated with on that phone because American authorities have the metadata from the calls, according to National Security Agency Director Adm. Mike Rogers. That means the FBI knows a lot about calls made from this iPhone, including time, location, duration, and the numbers dialed and received.

What the FBI does not have is the contents of the call, text messages, or other data stored locally on the iPhone, which is why the bureau has requested that Apple write specialized software that would allow law enforcement to guess the phone’s password. Even without that information, however, metadata can reveal extensive details about a surveillance target and allow law enforcement to make confident inferences.

Michael Hayden, former director of the NSA and CIA, famously said the U.S. government “kill[s] people based on metadata,” a testament to the vastness and strength of intelligence collected based purely on metadata—what Hayden has called our “digital exhaust.”